After some very subtle hinting on my part (as in I sent him the craigslist ad and said, "I want this."), Farm Boy gave me a a cast iron gem pan for Christmas last year. The first gems I made were such a hit that I immediately purchased a second gem pan for myself. (Yes, that is how my logic works.) Since the new pan had been sitting forlornly in the kitchen cabinet for several months, I thought it was time to give it a test run.

I remembered seeing a recipe for date gems in my 1941 copy of the Rumford Complete Cook Book, which came with this cute little rationing pamphlet tucked inside. 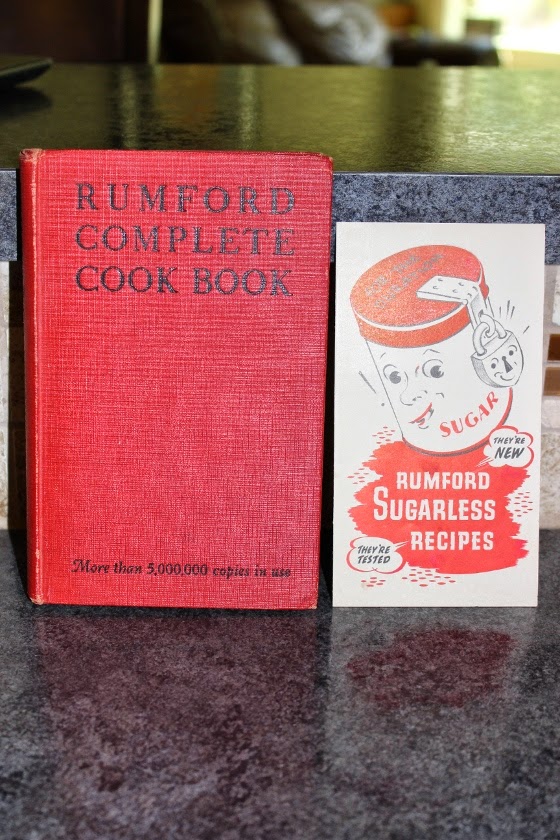 This is another of my books that appears to have been unused before it came to live with me.  I'm beginning to think that other people are a whole lot neater than I am.  Every book I have cooked from has the stains and notes to prove it!


Gems are the precursor to the modern muffin.  They are smaller than today's muffins and the pans are heated in the oven while you are making the batter.   Once heated, you butter each section, giving each gem a yummy, buttery crust.

I would hazard the guess that part of why gems fell out of favor is that the gem pans vary wildly in size, which makes it hard to make recipes for them.  These round gems are about an inch and a half across.  About halfway through mixing the recipe, I started thinking that the amount of gem pan capacity I had was going to be greatly exceeded by the amount of batter in the bowl.  Fortunately I now have two gem pans(!), so I added the other one to the oven to heat up. 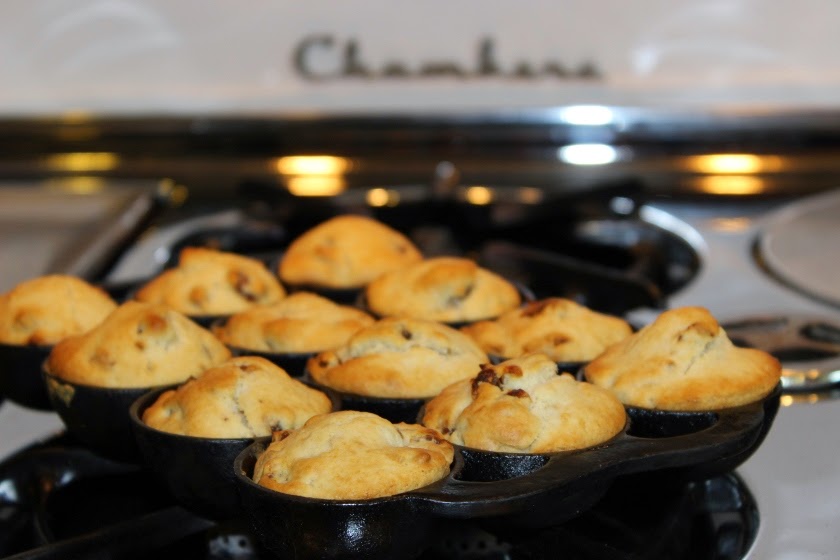 It's a good thing, too, because I had enough batter to fill 10 out of the 12 sections in the second pan, which makes larger gems.

While these received good reviews from my taste testers, they were a little plain in my opinion.  The date flavor was nice, but I think they could have used a little more sugar and perhaps something to add a little zing, such as orange zest.  I plan to try them again with some modifications, but I'm pretty sure I'll need another gem pan to do that...

Directions:
Sift flour, salt, baking powder and sugar, add dates and mix to a batter with egg, milk and melted shortening.  Bake in hot greased gem pans in a hot oven (400-425F) 20 to 25 minutes.  Makes 1 dozen.
Posted by The Nostalgic Cook at 10:40 AM