Farm Boy asked for suggestions for his birthday cake and I supplied Margarita Ice Cream Pie and Blackberry Jam Cake (he stopped me after two options). I was certain he would pick the ice cream pie because it contains both ice cream and tequila, but he threw me a curve ball and picked the jam cake. Which meant I had to look for a recipe. Enter Betty Feezor.


I did some searching and most of the jam cake recipes seemed to be a spice cake sweetened with jam and most called for a caramel icing (that alone is enough to convince me!). Ms. Feezor didn't supply any frosting suggestions, so I went in search of a smallish caramel icing recipe and found one in the 1968 printing of Everybody's Favorite by the Minnesota Catholic Daughters of America.

This book came in a lot of cookbooks I bought online (to get a little WWII rationing booklet) and I thought it was so cute that the previous owner had written her favorite recipes and page numbers on the outside covers.  Then I discovered why: there is no index.  Hey, at least I know which recipes were considered winners! 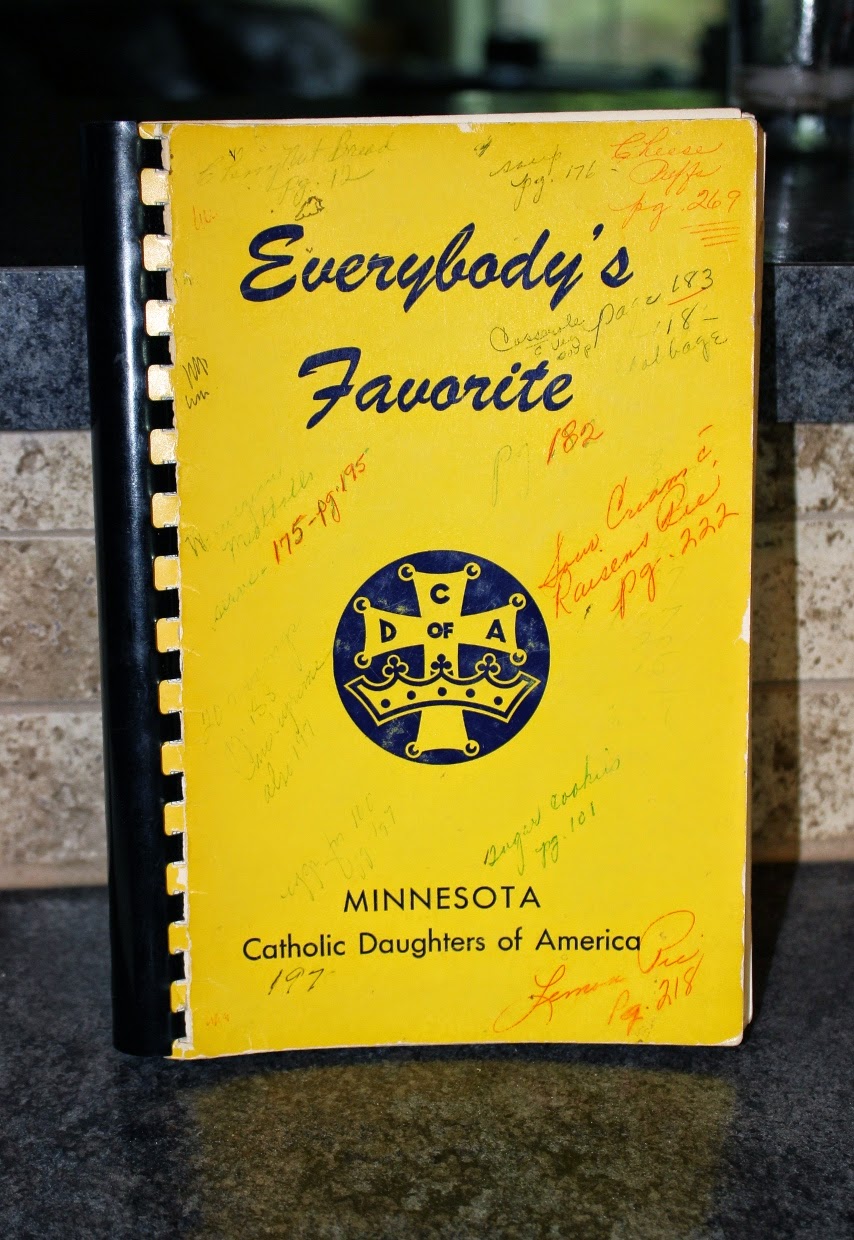 Inside, the book has notes on many of the recipes, along with a few scraps of paper with shopping and to-do lists. It also included this little note. I hope Angela was forgiven.

The cake went together easily and smelled divine while baking.  The frosting was also easy enough, although I stopped short of beating it to a spreading consistency and just drizzled it across the top. 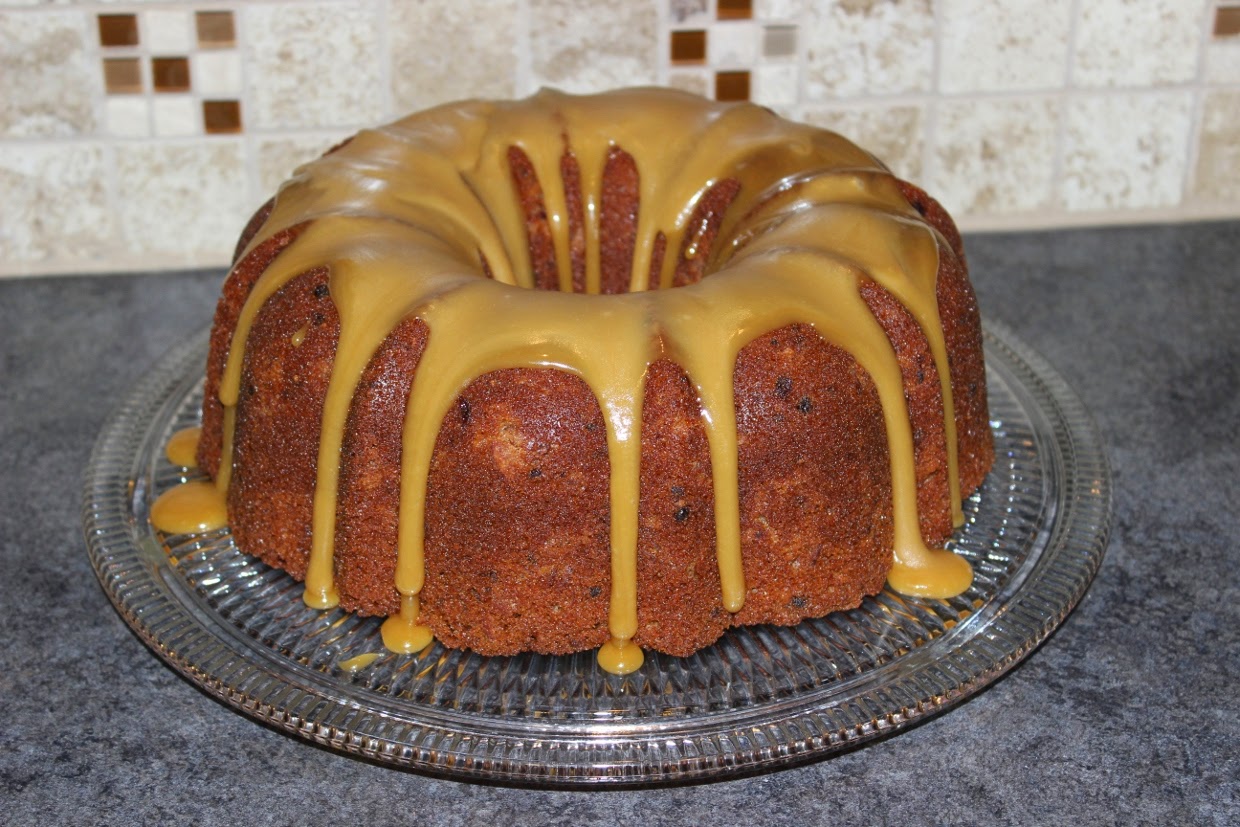 The verdict*: it's a nicely flavored spice cake and, although it gives it a nice, moist texture, I can't really taste the blackberry jam.  The frosting is wonderful. It lost its sheen when dried and ended up having a crumbly praline-like texture.  I bet it would be great on a sheet cake with some toasted pecans. I tried to steal some of Farm Boy's frosting and nearly lost a finger.  It would have been so worth it.  The two of us can't usually finish a whole cake, but I guarantee none of that frosting will touch the trash can.

* I made one big mistake with this cake.  I grabbed the first jar of blackberry jam I saw at the grocery store and it was not seedless.  If you ever need to figure out which one of your teeth is sensitive, I recommend baking a cake with seeded blackberry jam.  The seeds turn into little tooth-crackers with the tenderness of granite chips.

Cream butter and sugar.  Add eggs and beat until light and fluffy.  Mix together flour, salt, nutmeg, cloves and allspice.  Mix soda well with the buttermilk.  Add these 2 mixtures to the creamed butter and sugar, beginning and ending with the flour mixture.  Finally, fold in jam and nuts.  Pour into prepared tube pan.  Bake at 350F for 1 hour.  Let stand in pan for 10 minutes, then invert onto wire rack to cool completely.

Mix butter, cream, brown sugar and salt in a sauce pan.  Boil constantly until it reaches soft ball state.  Remove from heat, add vanilla.  Cool slightly, then beat until of spreading consistency.
Posted by The Nostalgic Cook at 8:16 PM