I first read about Bakewell tarts about a year ago and I've been obsessed with them ever since.  A pastry crust spread with jam and then topped with an almond sponge.  I couldn't imagine how it could be bad!  However, I was convinced that they would be really hard to make.  Today I finally decided to really read the recipe and it turned out to be pretty simple.  It would have been even easier if my scale hadn't decided to run out of battery life in the middle of my measuring. To be fair to Scale, the battery must be at least 8 years old, but it would have been nice if it could have held on for a few more minutes.

For the recipe, I turned to my 1963 edition of Mrs. Beeton's Everyday Cookery. I found it locally and bought it with the idea that I would sell it, but it ended up moving into my bookshelf permanently.  I really don't know how that keeps happening! 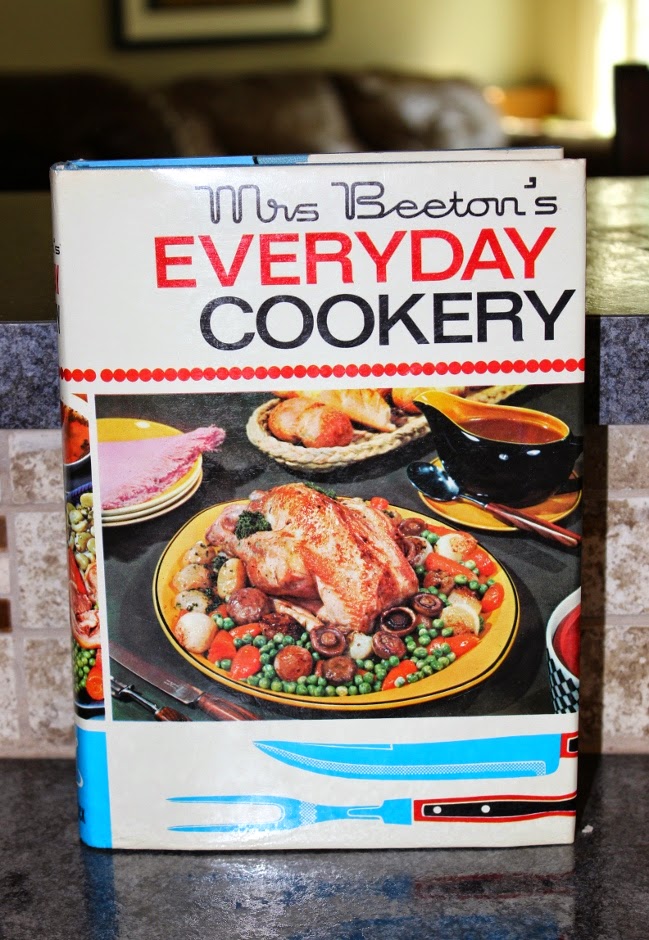 The recipe calls for a 7" flan ring or pie plate, but I have a thin, two-piece tart pan that needed to get out of the cabinet.  I think it's about 8" in diameter, so it seemed like a good fit.  I wasn't sure if the pastry was meant to be rolled out or just patted into the pan, so I decided to just pat it in.  That seemed to work just fine and I was able to easily remove the tart from the pan after it had baked.

In searching for other recipes, I noticed that some of the older ones called for bread crumbs instead of the cake crumbs.  I had two leftover biscuits, so I cut the crusty bits off of them and ground them in the food processor with the almonds.

Since I had the food processor out and had already used it for the crust and to grind the almonds, I decided to mix the sponge in there, too.   Normally I don't worry about messing up the kitchen because Farm Boy does the cleanup, but since his birthday is coming up, I thought I would be nice to him. 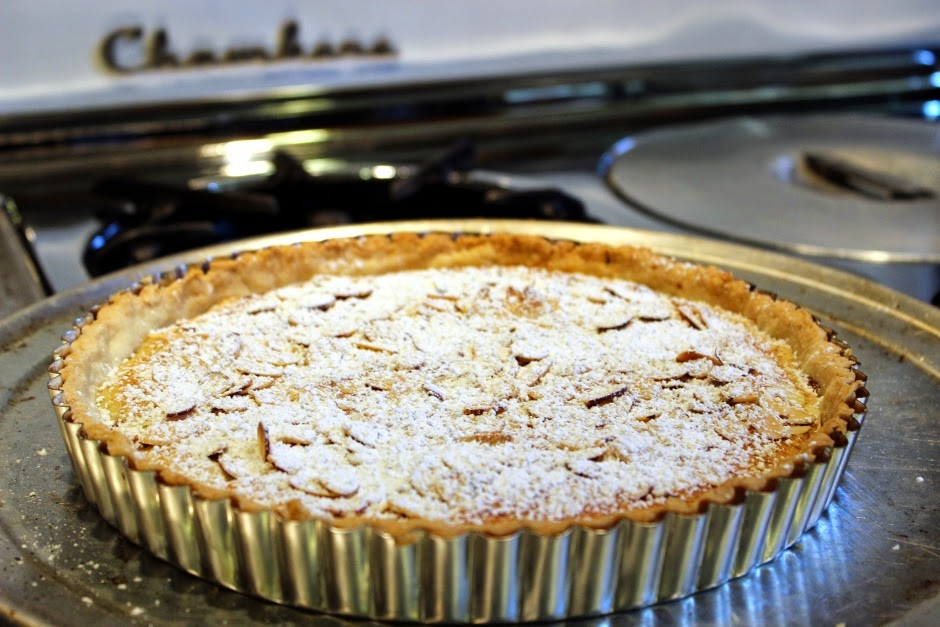 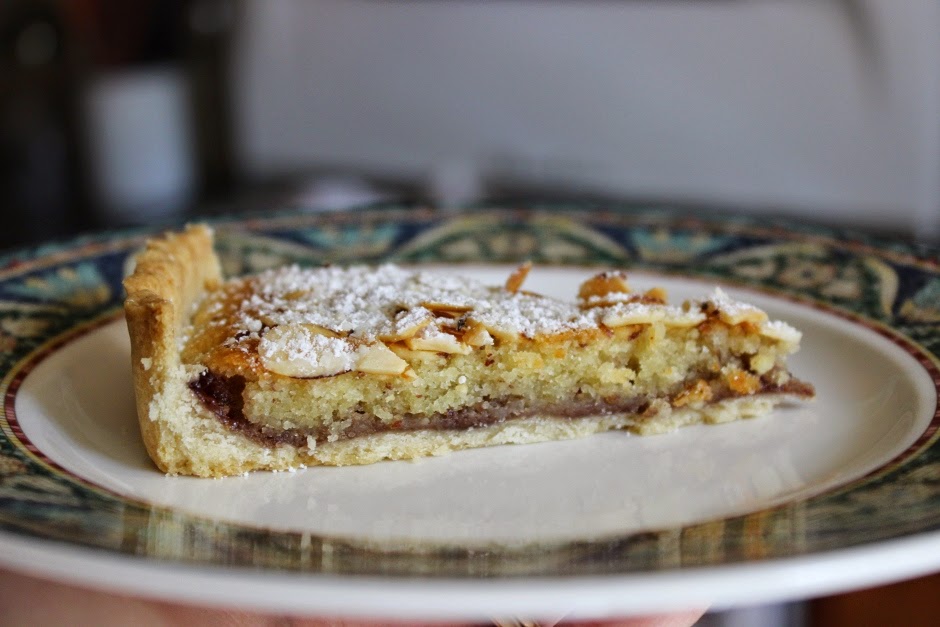 We really liked this!  The crust is tender and crumbly.  The filling tastes of almonds and is only slightly sweet.  The jam provides a nice, tart contrast without overwhelming the almond flavor.  It was really nice with afternoon coffee and I think it would be absolutely perfect with a cup of tea.  I may have to test that tomorrow with the leftovers.

Directions:
Stir the flour and salt together.  Cut or rub the butter into the flour, then add enough cold water to make a stiff paste.  (I used the food processor and drizzled water in until the dough formed a ball.)  Pat into a small pie plate or tart pan.

Directions:
Line a 7-inch flan ring or pie plate with the pastry.  Place a good layer of raspberry jam on the bottom.  Cream together the butter and sugar until thick and white.  Beat in the egg and add the ground almonds, cake crumbs and almond extract.  Spread the mixture on top of the jam.  Top with the sliced almonds.  Bake in a fairly hot oven (400F) for about 30 minutes.

Sprinkle powdered sugar on top and serve hot or cold.

Posted by The Nostalgic Cook at 4:14 PM