As a certified estate sale junkie, I've run into flan pans at sales for years, mostly in 1970s shades of orange, avocado and harvest gold.  Despite my apparent desire to own every baking utensil in the world, I could never figure out how you used them to make a custard-like flan, so I just ignored them. Until the day that I read you are supposed to bake a sponge cake in them, then fill the depression with all sorts of deliciousness.  It's effectively a bowl made of cake.  I had to have it. 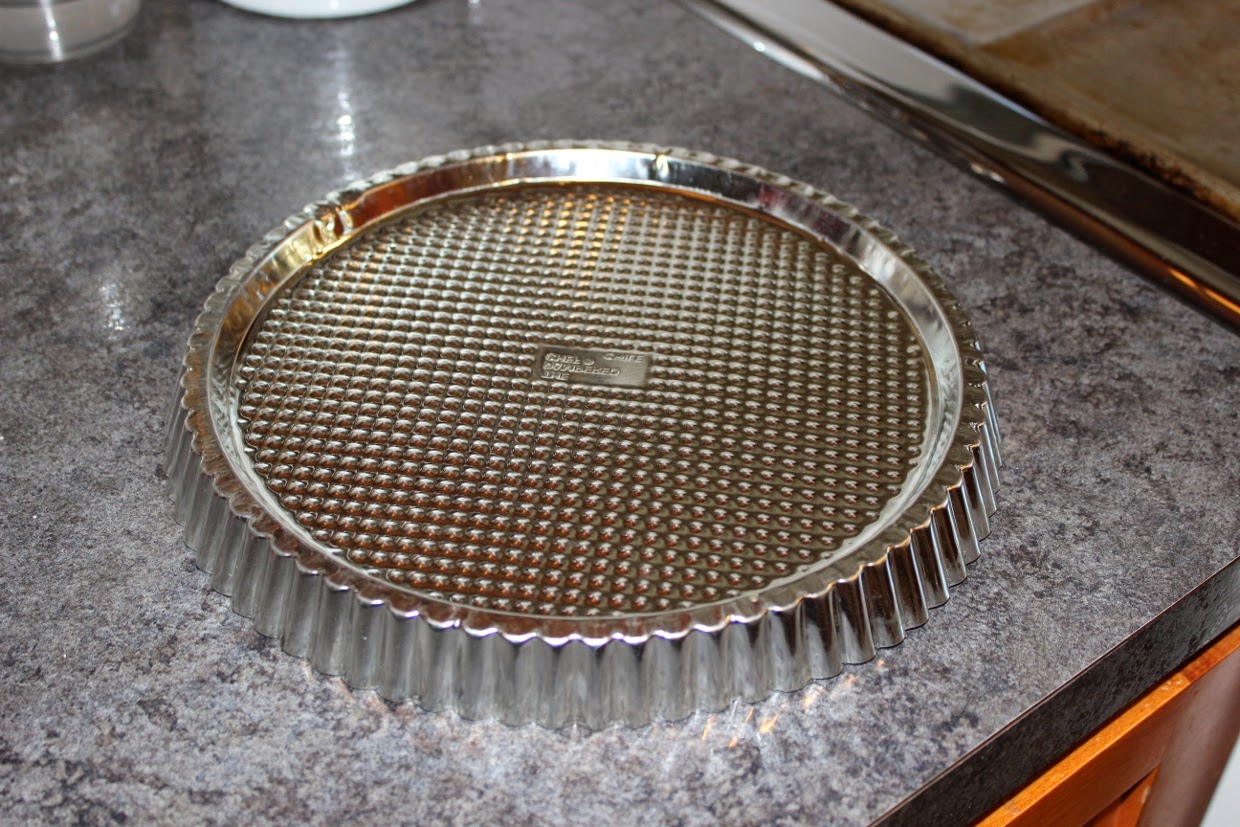 I didn't have a recipe to go with my pan, so I borrowed one from a picture of an avocado colored pan I found online.  Unfortunately, those pans must be bigger than mine because my flan runneth over.  That just meant that Farm Boy and I had a little cake to snack on before time for Tea and Crumpets with my mom. 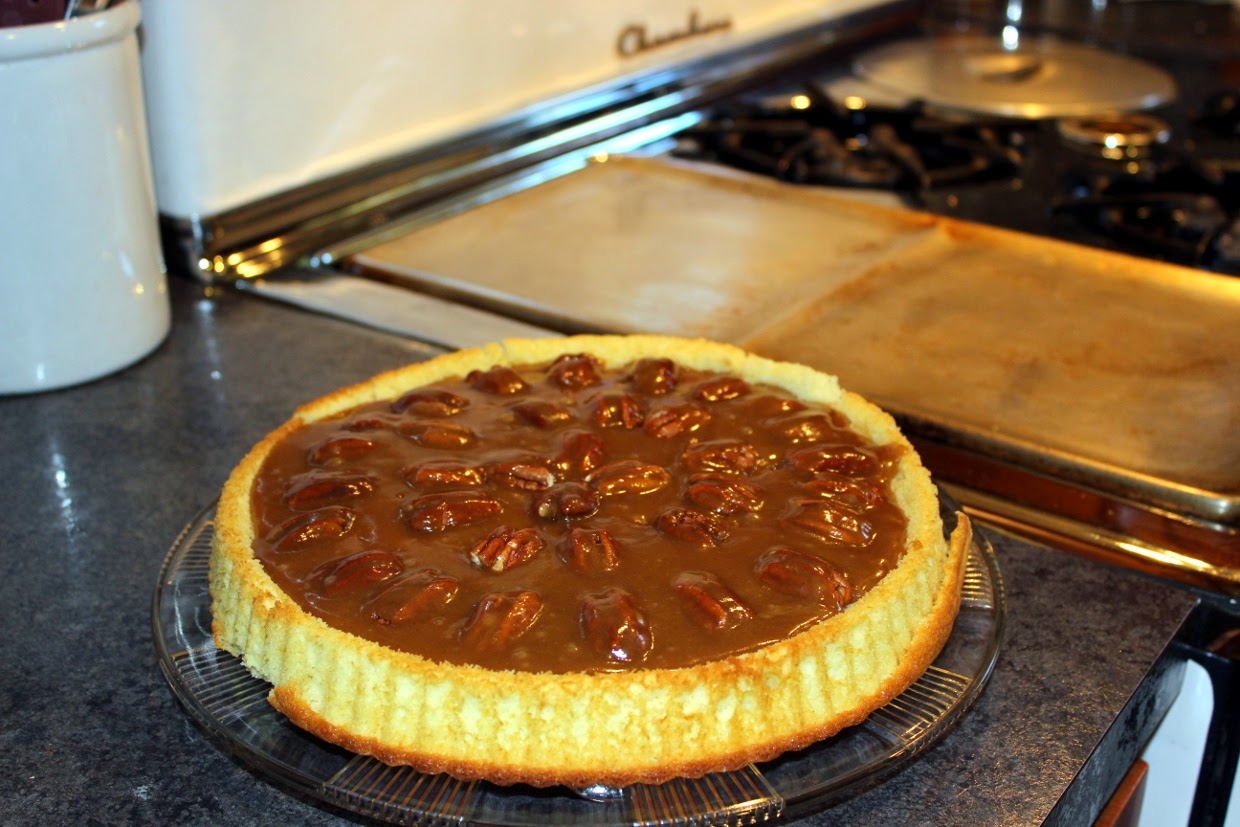 For the topping, I used the caramel frosting recipe from my jam cake attempt, adding a little cinnamon to the frosting and some toasted pecans on top of the cake.

Results:  Only one lonely piece came home with us after Tea and Crumpets, so I call that a success!  While I need to either scale down the cake or find a different recipe, that topping is a keeper.  For the next round, I will fill it with custard and top it with fruit.  If it has fruit, it's a health food, right?

Flan
from the back of a NordicWare flan pan

Arrange toasted pecans on top of baked flan.  Pour caramel over pecans and allow to cool before serving.
Posted by The Nostalgic Cook at 4:00 AM