Today's contender for the title of Cookbook with the Least Catchy Name is The Victory Binding of the American Woman's Cook Book, War Time Edition (1943). 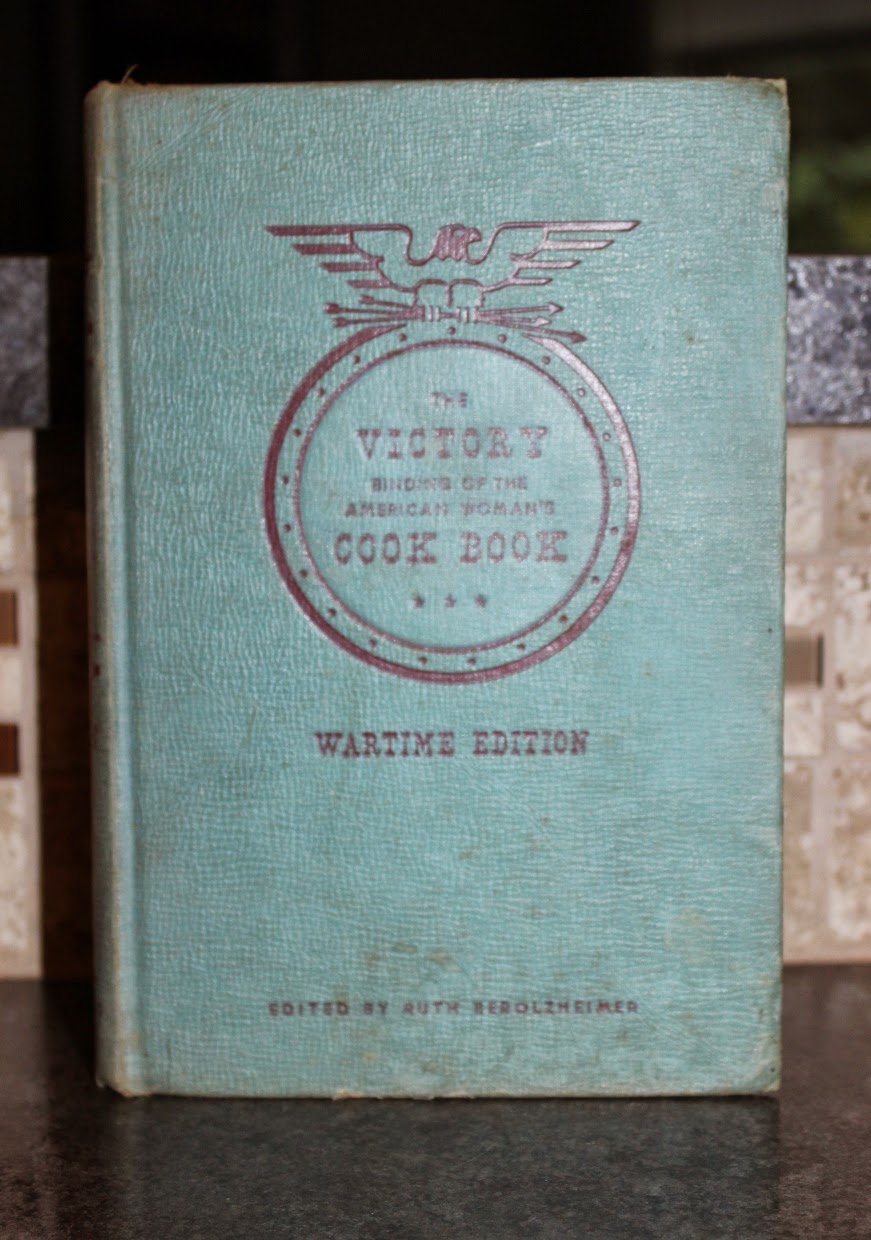 This is a huge, encyclopedic cookbook with a wartime rationing supplement at the back of the book. Yes, I admit it.  I am a sucker for anything with information on rationing. 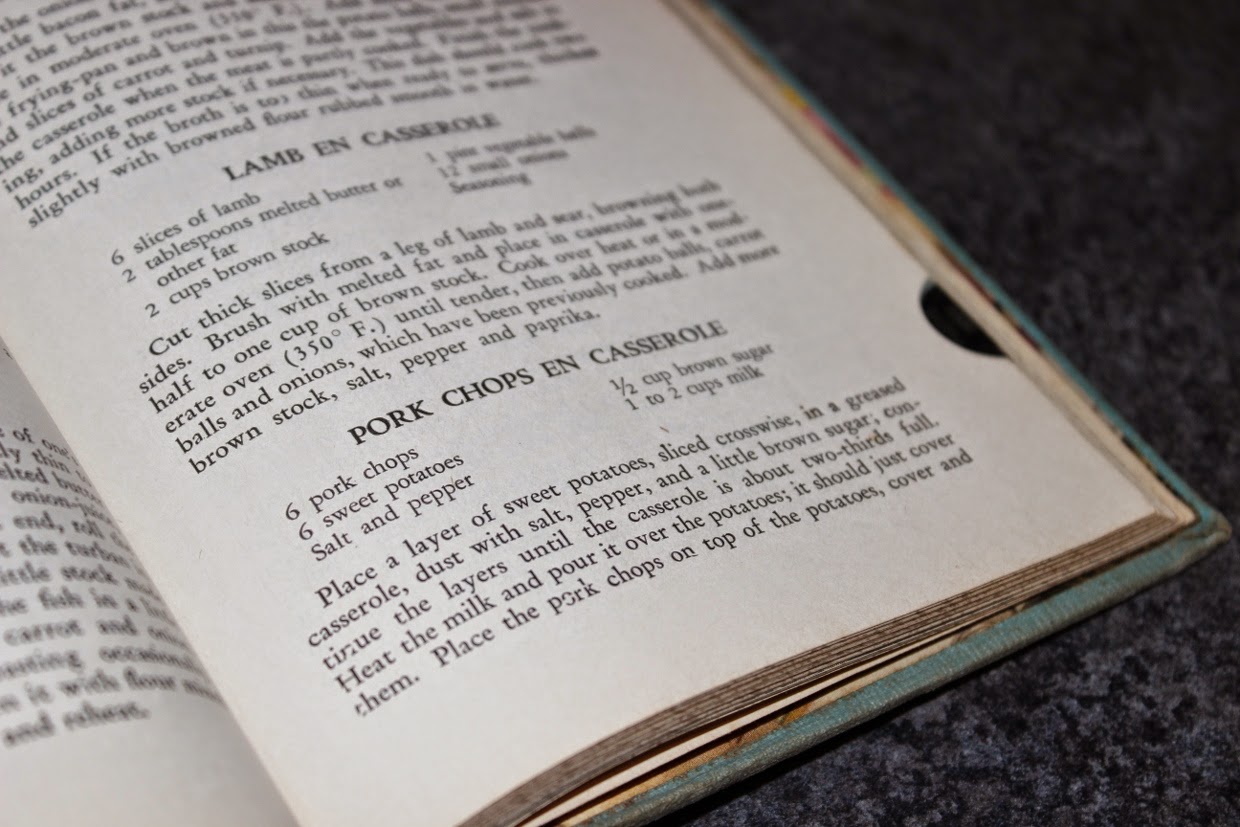 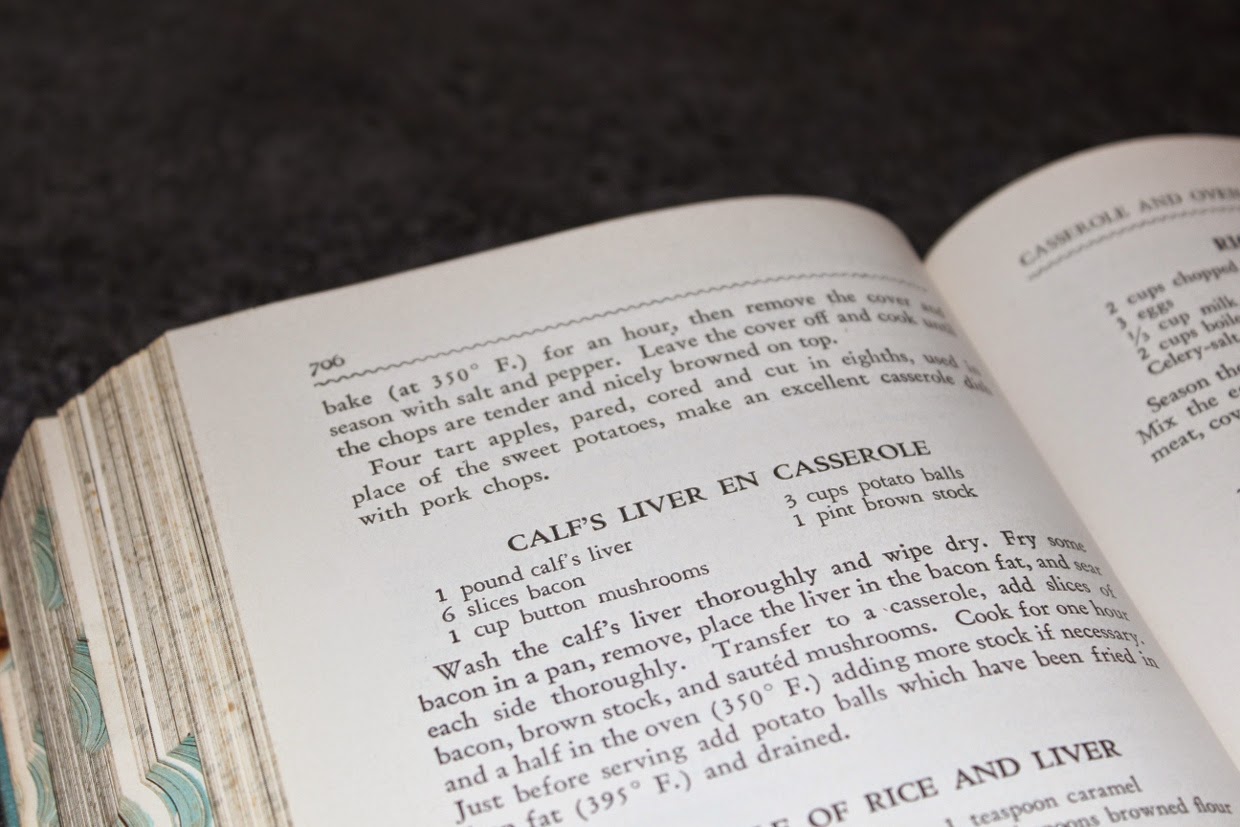 I had three pork chops, so I halved the recipe and decided to mix things up (per the suggestion at the end of the recipe) and use one sweet potato and two apples. 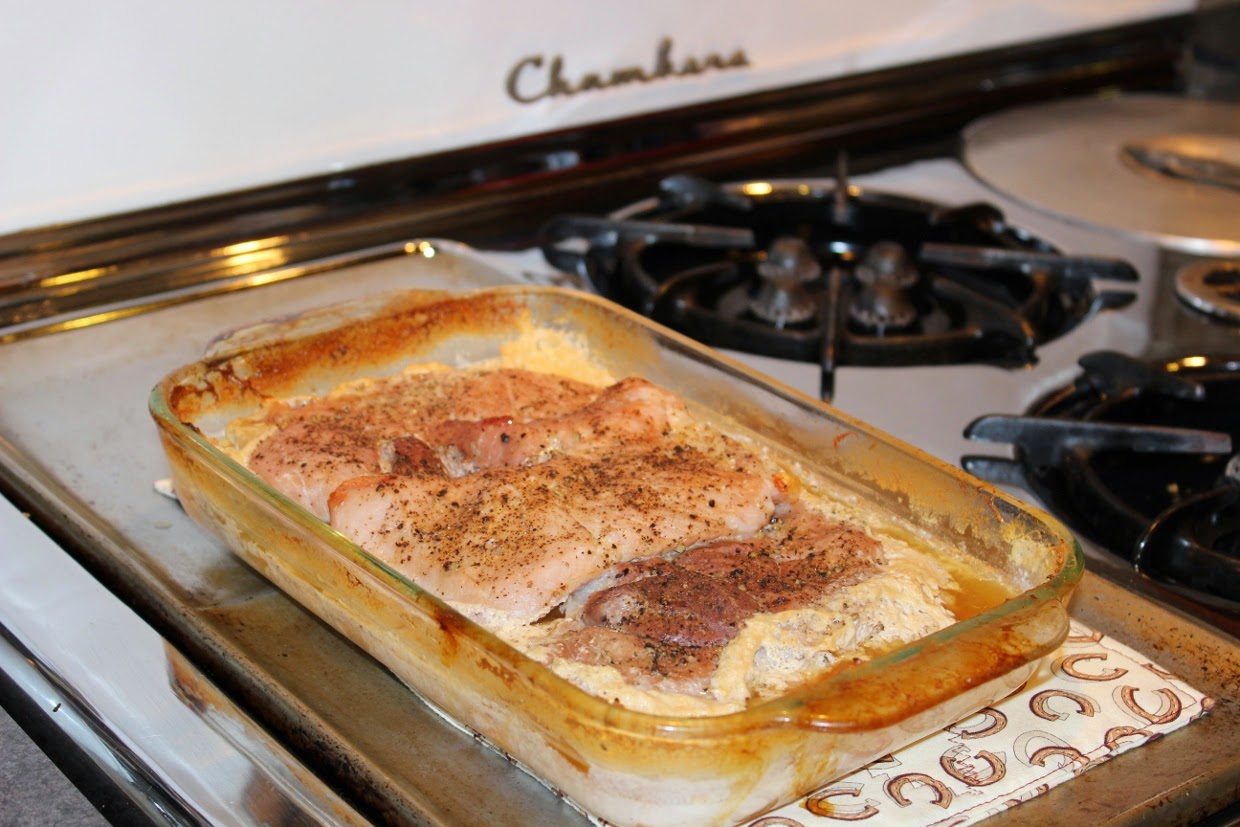 It's not terribly photogenic, but the pork chops turned out very tender and moist.  The apples and sweet potatoes were a nice combination, but I'm not sure about the milk.  By the time it was finished baking, the milk had separated into whey and "chunky stuff".  I would use this method again, but instead of milk I think cream with a splash of applejack or perhaps just some chicken stock would be good.

Directions
Place a layer of sweet potatoes, sliced crosswise, in a greased casserole, dust with salt, pepper and a little brown sugar;  continue the layers until the casserole is about two-thirds full.  Heat the milk and pour it over the potatoes; it should just cover them.  Place the pork chops on top of the potatoes, cover and bake (at 350F) for an hour, then remove the cover and season with salt and pepper.  Leave the cover off and cook until the chops are tender and nicely browned on top.

*I recommend cream or broth instead, to prevent the milk from separating.
Posted by The Nostalgic Cook at 5:00 AM