I usually eat an apple every day but by the end of summer, my fa-vo-rite apple, Pink Lady, had been out of season for a while.  When I saw a new (to me) variety, Ginger Gold, I decided to give it a try.  While they don't compare with Pink Lady, I liked them well enough.  When I was back in the same store a few weeks later, the same apples were marked down to fifty cents a pound, so I bought another bag of them.  Alas, like most summer apples, it turns out that Ginger Gold apples don't keep very well.  They had lost some of the sharpness and begun to go mealy.  Time to bake something.

I turned to the stack of books sitting beside the computer (because the book shelves are overflowing...) and found a candidate in Favorite Recipes from our Best Cooks (1968) from the St. Agatha Church, Bridgeville, PA. 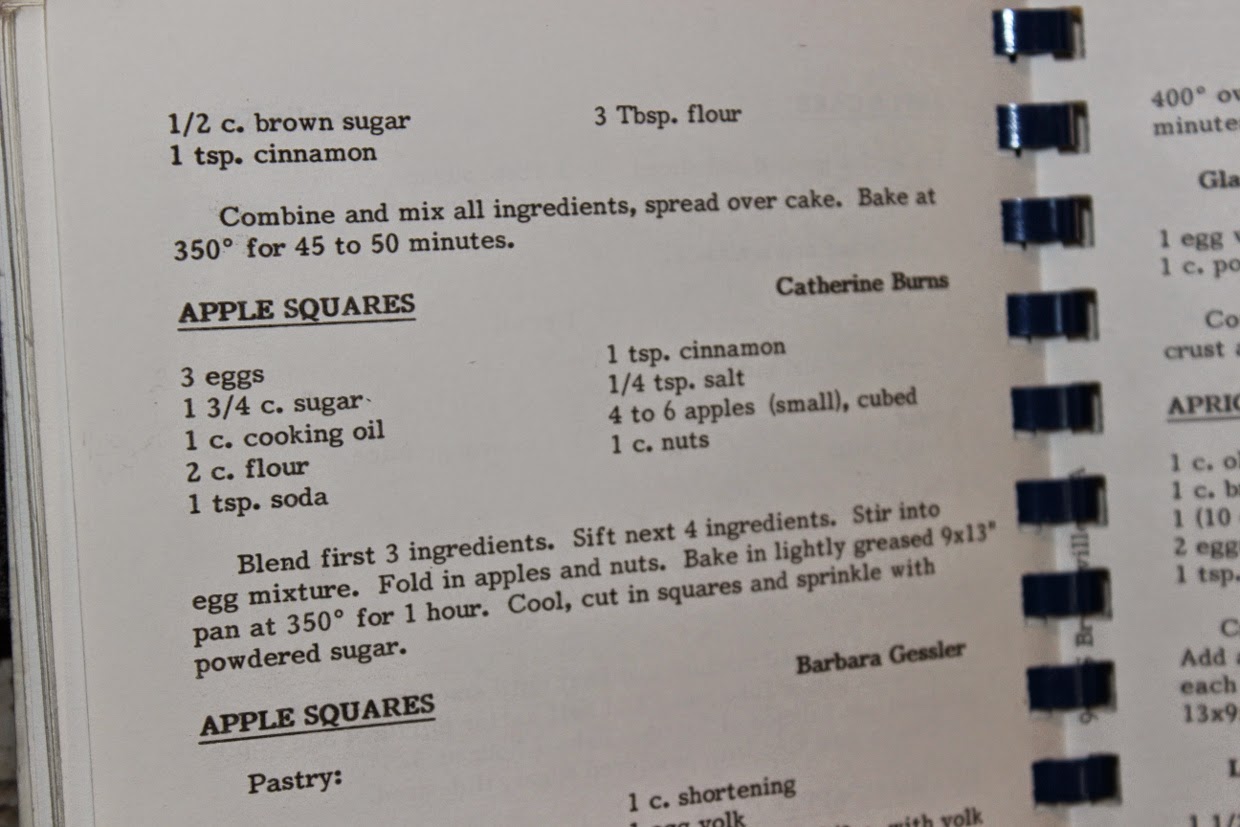 Since we were running low on eggs, I opted to use 2 eggs and I replaced the 1 cup of cooking oil with 1/2 cup of melted butter.  While I was making edits, I also decided to use some brown sugar instead of all white sugar.

The batter was really stiff and when I combined it with the apples and nuts, I was beginning to fear that there wouldn't be enough, but it puffed up significantly while baking. 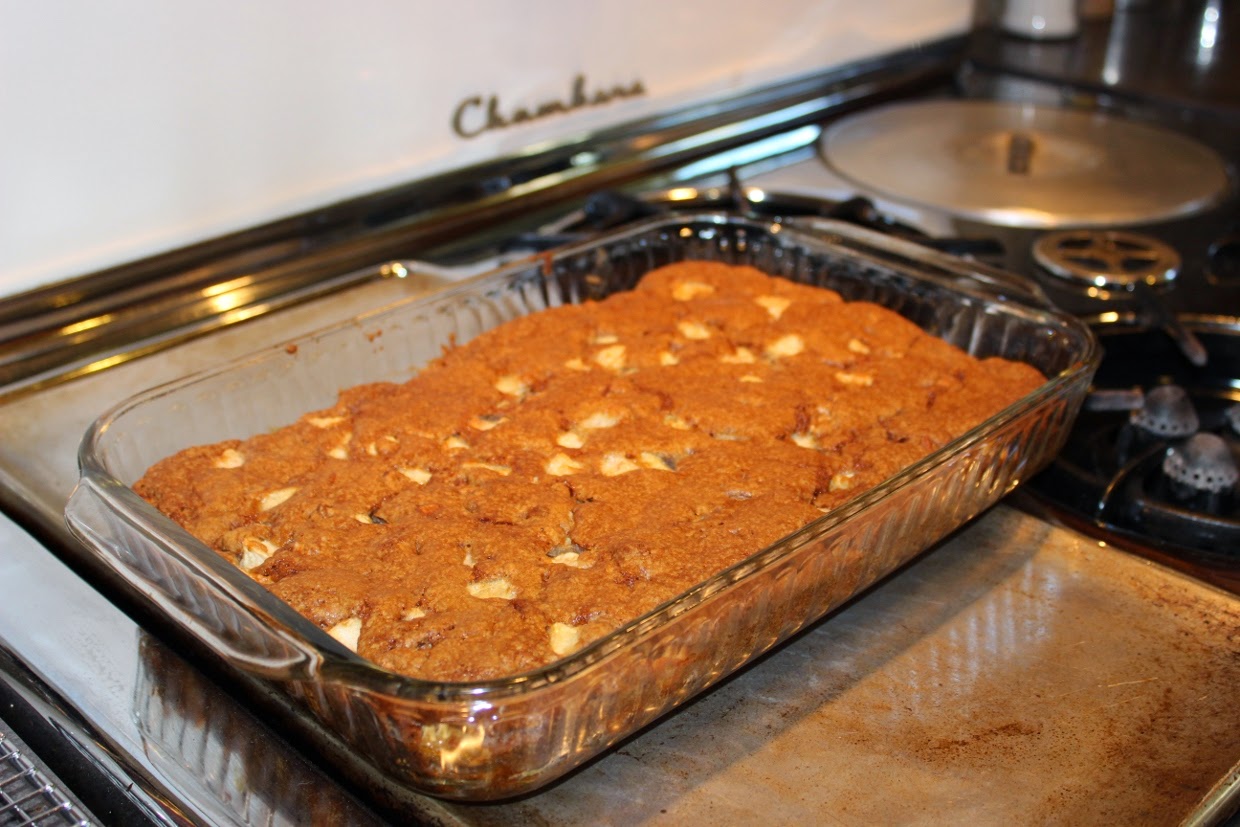 These turned out even better than I expected.  The cake was moist, with a pronounced cinnamon flavor that really complemented the apples.

Blend first 4 ingredients. Sift next 4 ingredients.  Stir into egg mixture.  Fold in apples and nuts.  Bake at 350F for one hour.  Cool, cut into squares and sprinkle with powdered sugar.
Posted by The Nostalgic Cook at 2:50 PM