While trying to figure out what was considered a French dressing in the 1940s for another recipe (it's a vinaigrette with a little paprika added for color, in case anyone is wondering), I came across a blurb about making a warm bacon dressing for salad in Cooking on a Ration (1943). I have had wilted spinach salads before, but it never occurred to me that the bacon dressing might be good on something besides spinach.  Which for the purpose of this post really doesn't matter because spinach was what I had on hand.  But still, it made an impression.  Clearly I am easily impressed!

The introduction to this book really intrigues me because the author bemoans the fact that everyone will have to learn to cook now that they won't be able to find or afford convenience foods.  I had no idea that processed foods were so prevalent prior to 1943. 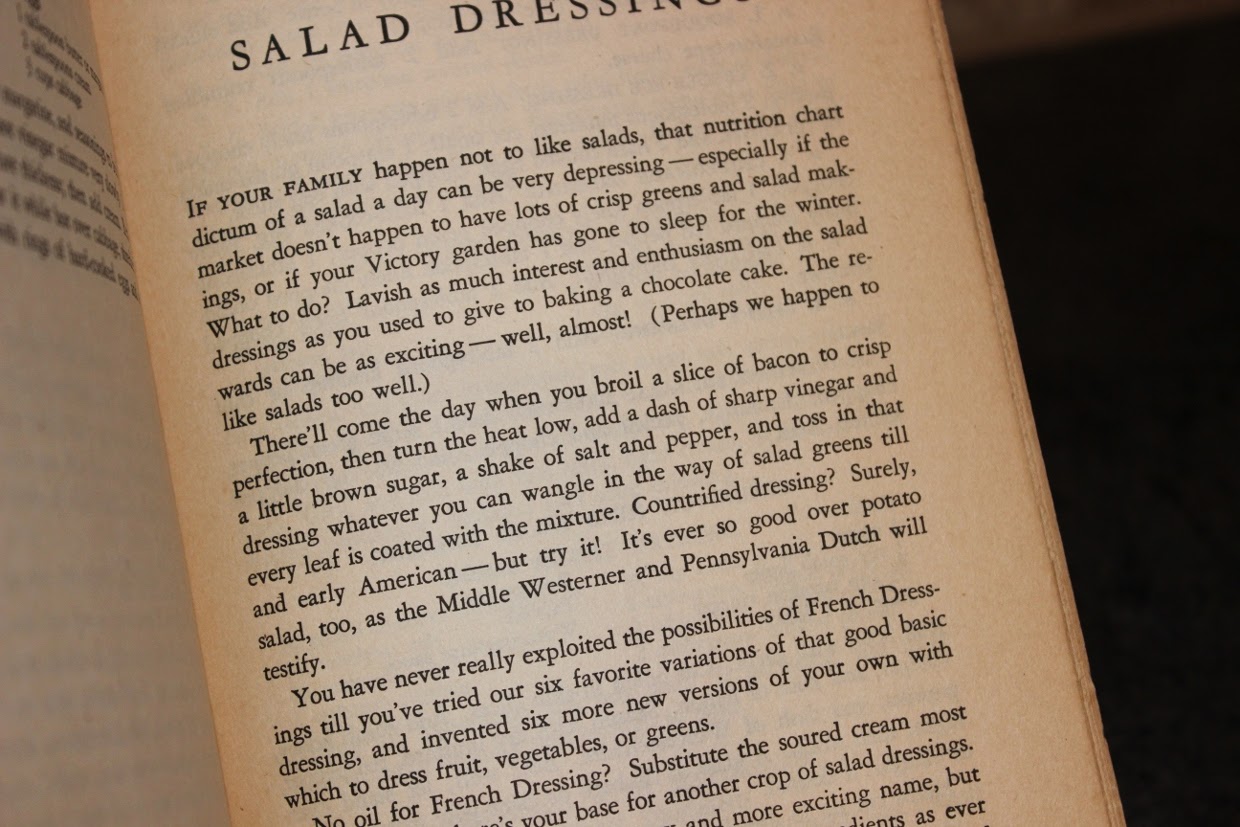 The spinach salads I've made before involved hard-boiled eggs, but I was low on eggs and decided to just go with simply spinach and some red onions cooked lightly in the bacon fat.   I really did follow the directions to just "add a dash of sharp vinegar, a little brown sugar, a shake of salt and pepper" instead of measuring, then I poured the dressing over the spinach in a mixing bowl and tossed it until it was slightly wilted, and topped it with the bacon. 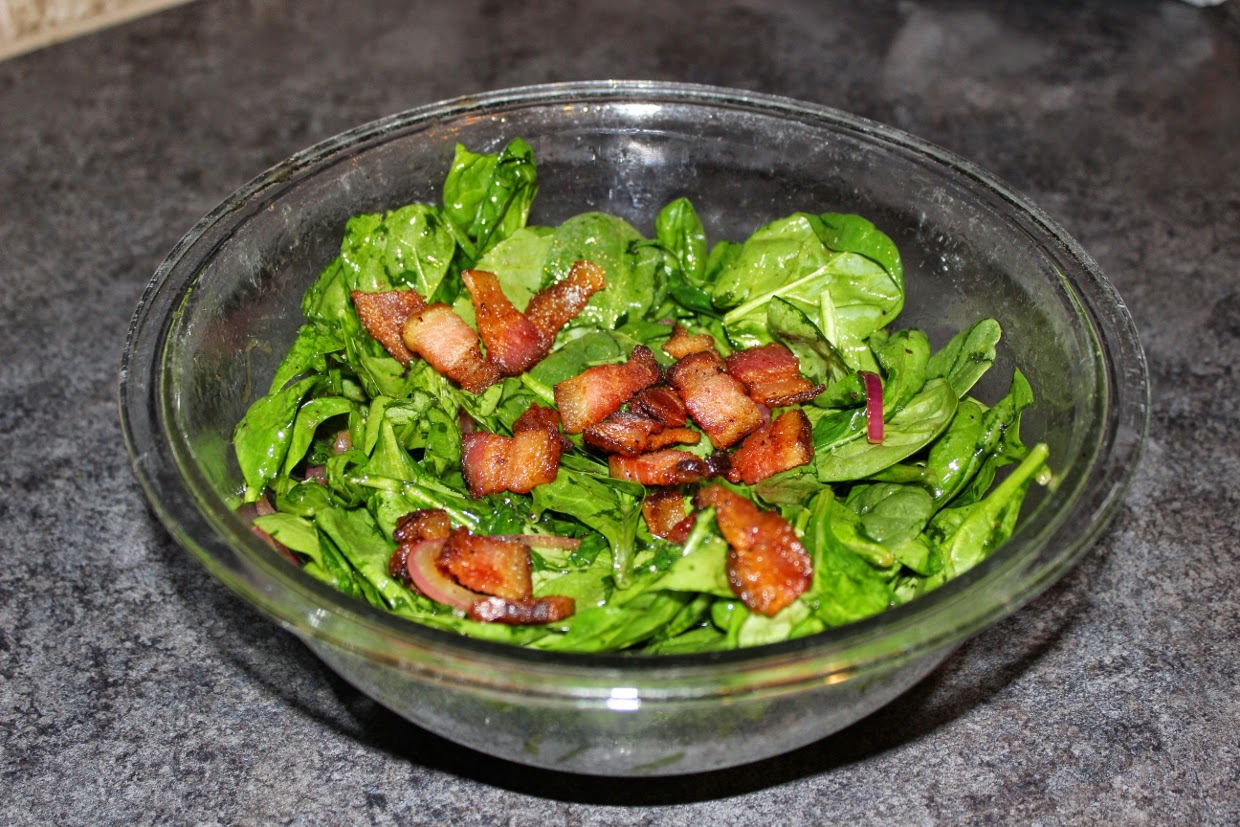 This was delicious!  And a nice, simple side to make while the rest of supper was baking.  I will definitely make this dressing again and I might even branch out to using it on warm potatoes or Romaine lettuce.  If, that is, I can conquer my fear of non-crispy lettuce.  Flaccid lettuce just seems so wrong, but maybe bacon can save it.

Ingredients:
2 slices bacon
1/4 of a red onion, sliced (optional)
dash of sharp vinegar (I used about 2 tablespoons of apple cider vinegar)
a little brown sugar (about 1 tablespoon)
salt and pepper to taste


Directions:
Fry the bacon until crispy.  Remove and chop coarsely.  If using the onion, fry it in the bacon fat in the pan until soft.  Remove the pan from the heat and add the remaining ingredients, stirring well.  Toss with the salad ingredients of your choice and top with the chopped bacon.


Posted by The Nostalgic Cook at 4:19 PM

Email ThisBlogThis!Share to TwitterShare to FacebookShare to Pinterest
Labels: Cooking on a Ration, salad, Side dish, vegetable