I found this cookbook a few weeks ago at what was billed as an estate sale, but it was just actually just a store with a collection of junk and old furniture that had been "shabby chic-ed". They did have an interesting assortment of cookbooks, so after perusing them, I ended up coming home with The Gasparilla Cookbook: Favorite Florida West Coast Recipes (compiled by the Junior League of Tampa, 1961). I picked it in part because I liked the pirate-looking man on the front and also because the store owners kept following us around, desperate for a sale. 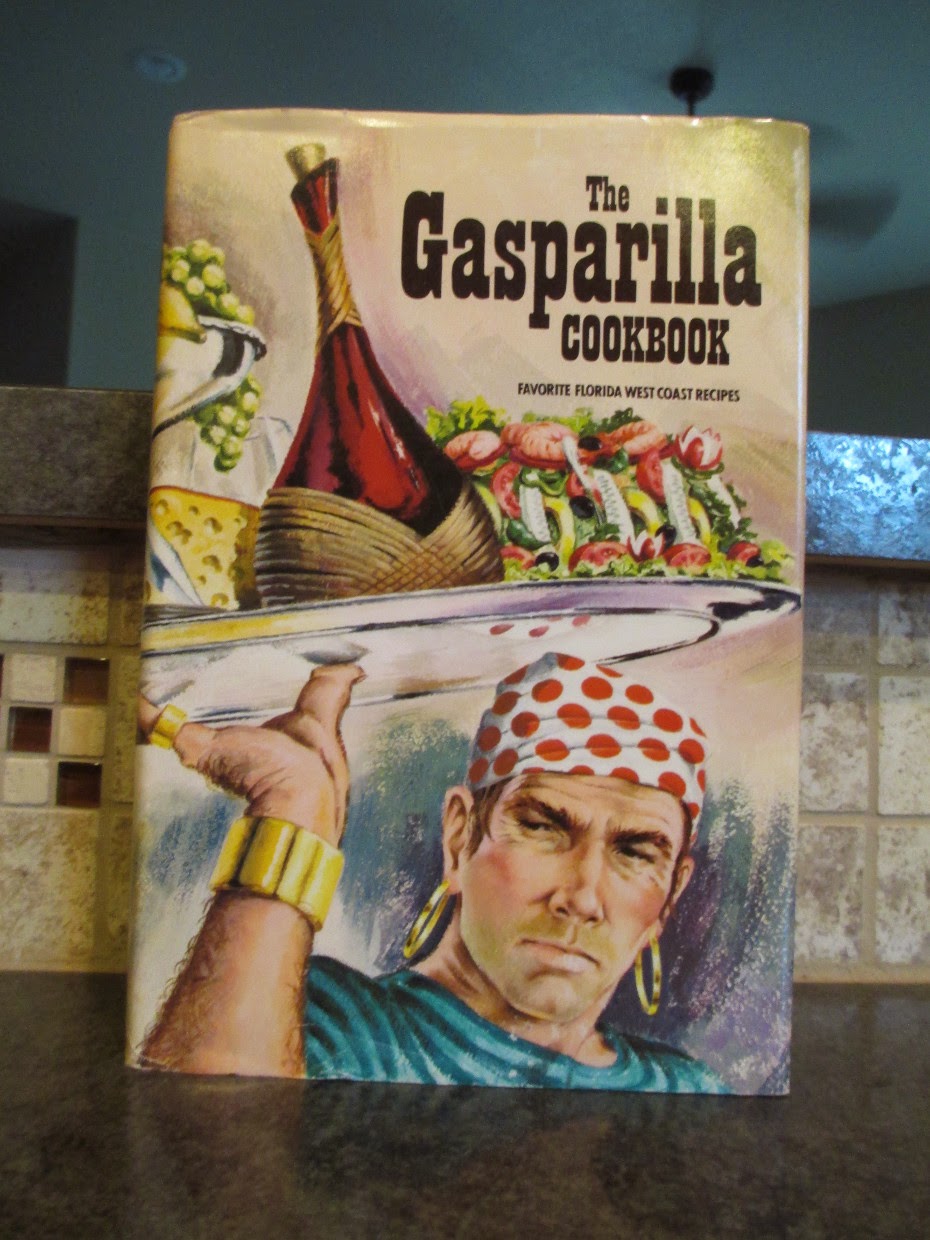 When I got it home and really looked through it, I found some interesting recipes.  I also discovered after doing some internet searches that it has been beloved by many for decades.  Score for me!

I needed to make something to take to a potluck and I had a package of dates in the pantry, so I went in search of possibilities and found these bars. 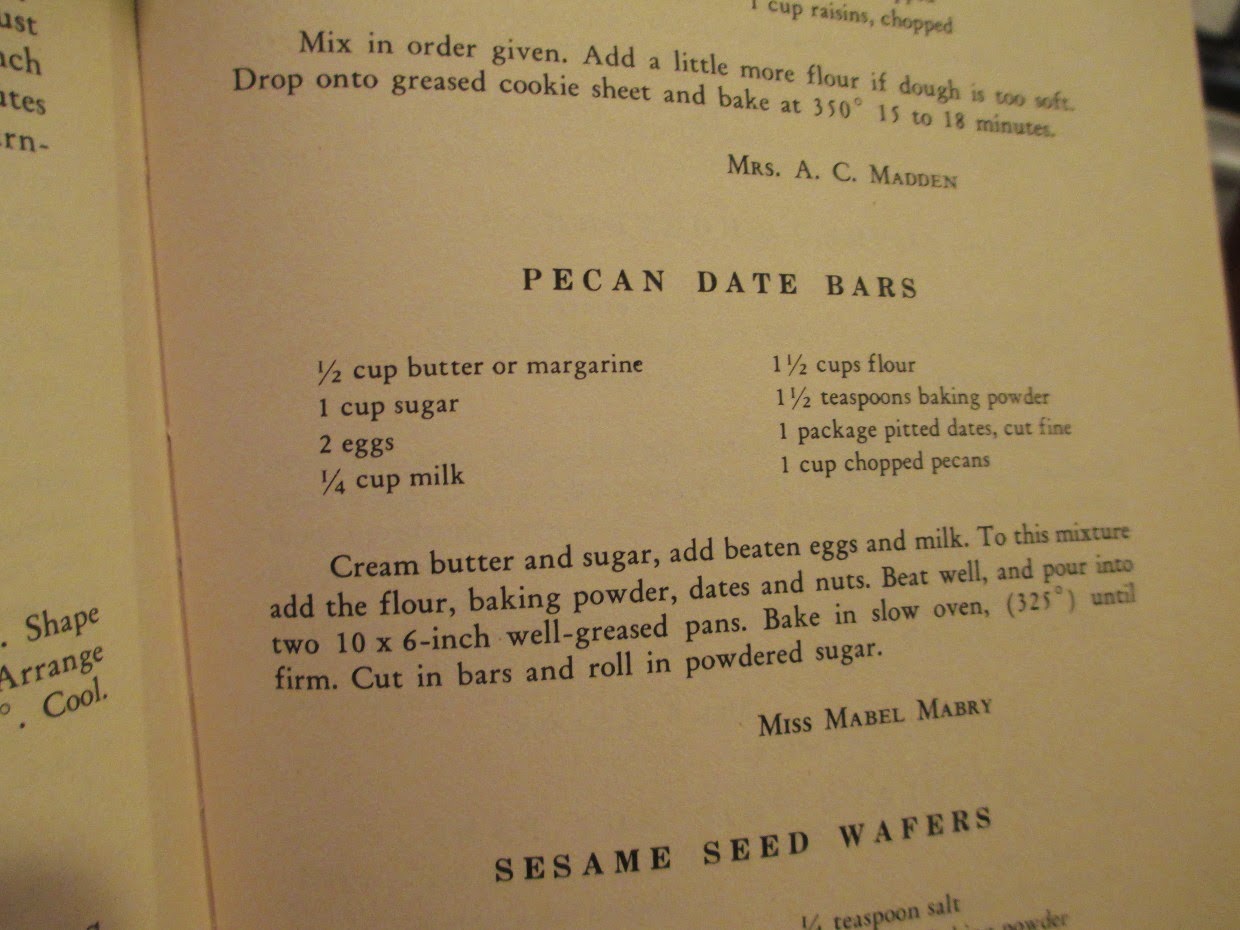 Dates are something I only learned about as an adult and I am making up for all the years I missed out on them by eating them as often as possible.  To me they are like eating brown sugar, but since they are a fruit, I can feel all self-righteous about it. That's right, these bars contain dates, so they are a health food!

This makes a really thick, dense batter that was a little difficult to spread in the two baking dishes.  In my oven at 325F, it took about 40 minutes to bake the batter until firm.  I cut the bars almost immediately after they were out of the oven, but I think it would have been better to let them cool for a bit, since they got less crumbly as they cooled off.  But on a positive note, Farm Boy and I got to sample all the bits that broke off while rolling them in powdered sugar. 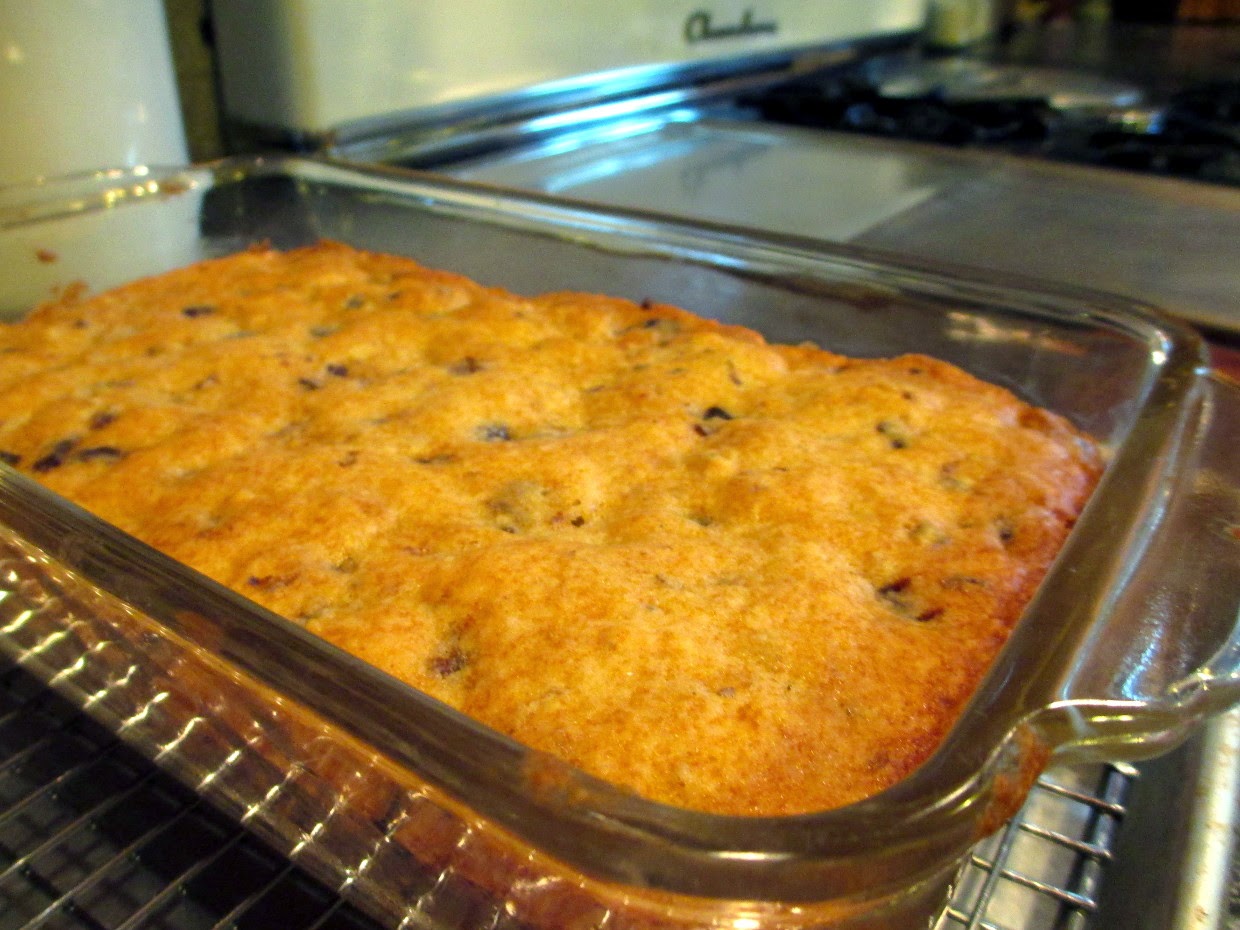 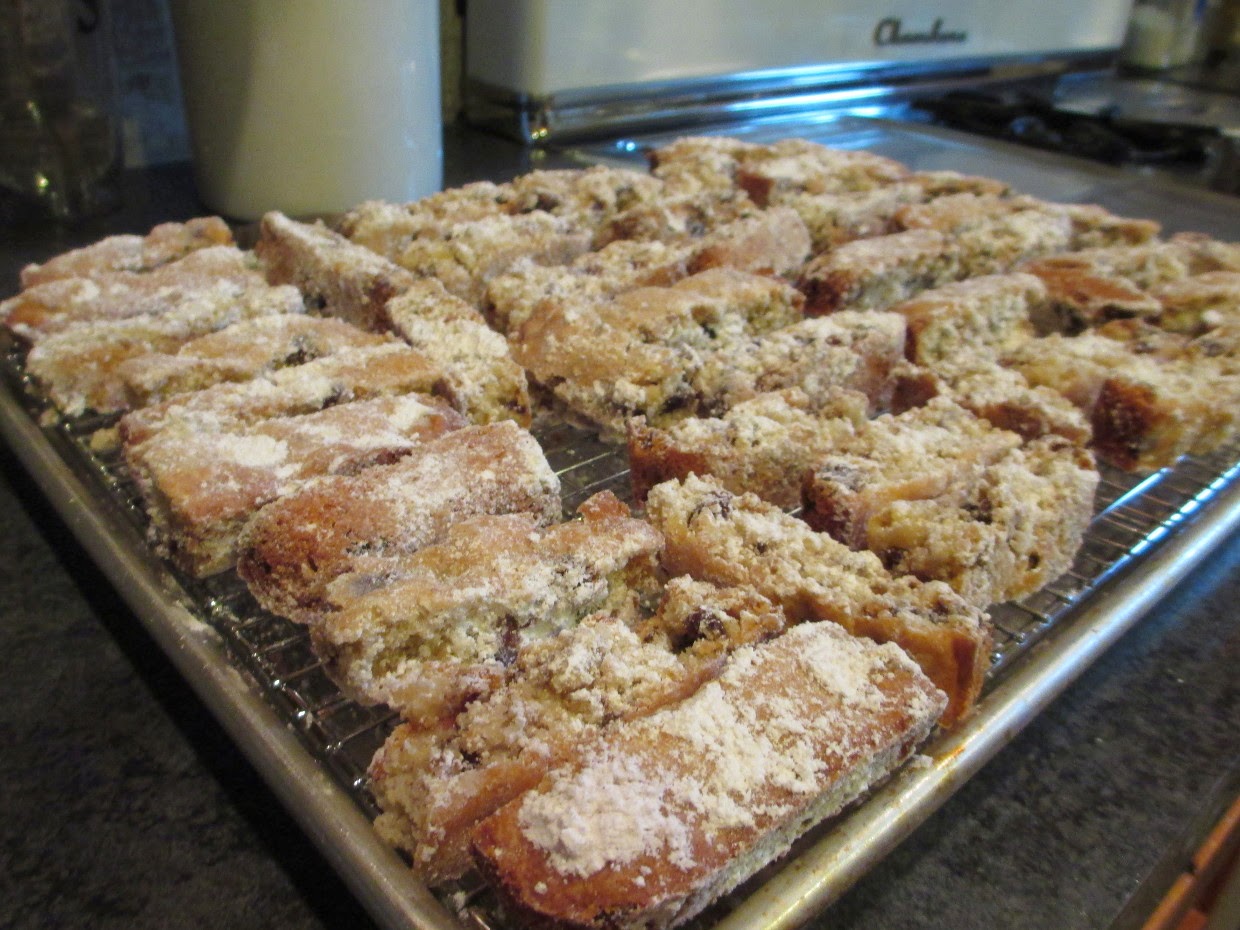 Verdict: Very nice!  Since these aren't overly sweet or flavored with spices, they have a nice date flavor and a light texture.  They aren't a fancy dessert, but they are perfect as a nice snack to go with coffee.

Cream butter and sugar, add beaten eggs and milk.  To this mixture add the flour, baking powder, dates and nuts.  Beat well and pour into two 10x6-inch well-greased pans.  Bake in a slow oven (325F) until firm, 30 to 40 minutes.  Cut into narrow bars and roll in powdered sugar.
Posted by The Nostalgic Cook at 5:00 AM