I received a request in a comment to look for a recipe for chocolate marbled coconut bars.  In addition to being really excited about getting a request (yay!), I can't resist a good search challenge.  (One of my grandmothers was a librarian, so I think it's a genetic issue.)

After looking through a few books, I came across Chocolate Marble Bars in my copy of Pillsbury's Best 1000 Recipes: Best of the BAKE-OFF Collection.  This book was originally published in 1959 and contains the recipes from the first ten years of the Pillsbury baking competition.  These recipes pre-date the use of the convenience foods seen in later competitions, but instead call for Pillsbury flour and other pantry ingredients.  My copy is a facsimile printing from 2009.  The pages are nice quality, but the binding is about two page turns away from disintegrating.  I saw an original copy at an estate sale a few months ago, but I decided to leave it for someone else.  I'm kind of regretting that now... 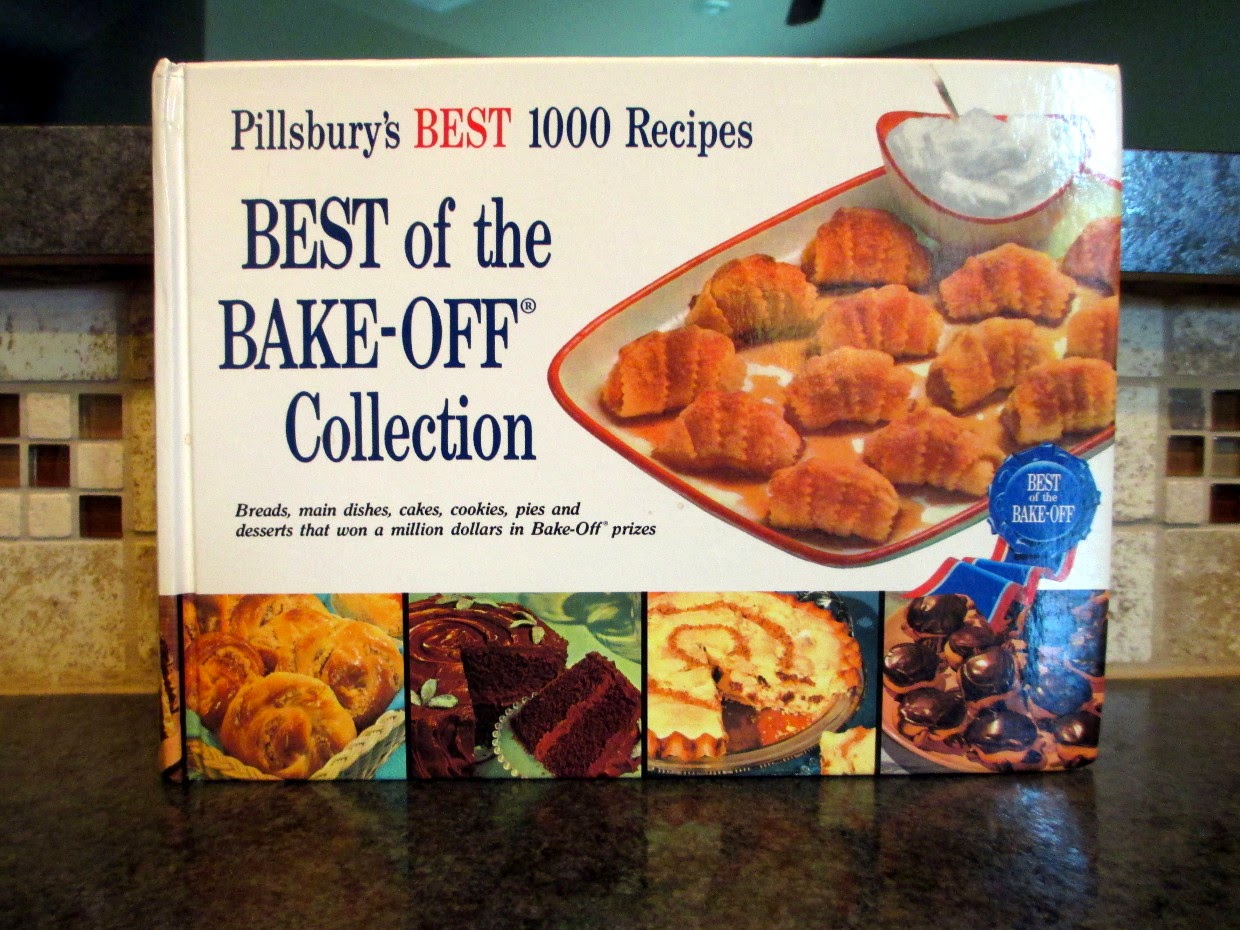 The recipe says it was the Senior Second Prize Winner by Mrs. William Sawdo, Sturgeon Bay, Wisconsin, but it doesn't state what year.  Fortunately with a quick search, Google News tells us that it was 1951.

As an aside, I've often wondered why women had to give up using their first names after they married.  None of the three contestants mentioned in the article has her first name listed, but the woman who awarded the prizes does.  Interesting... 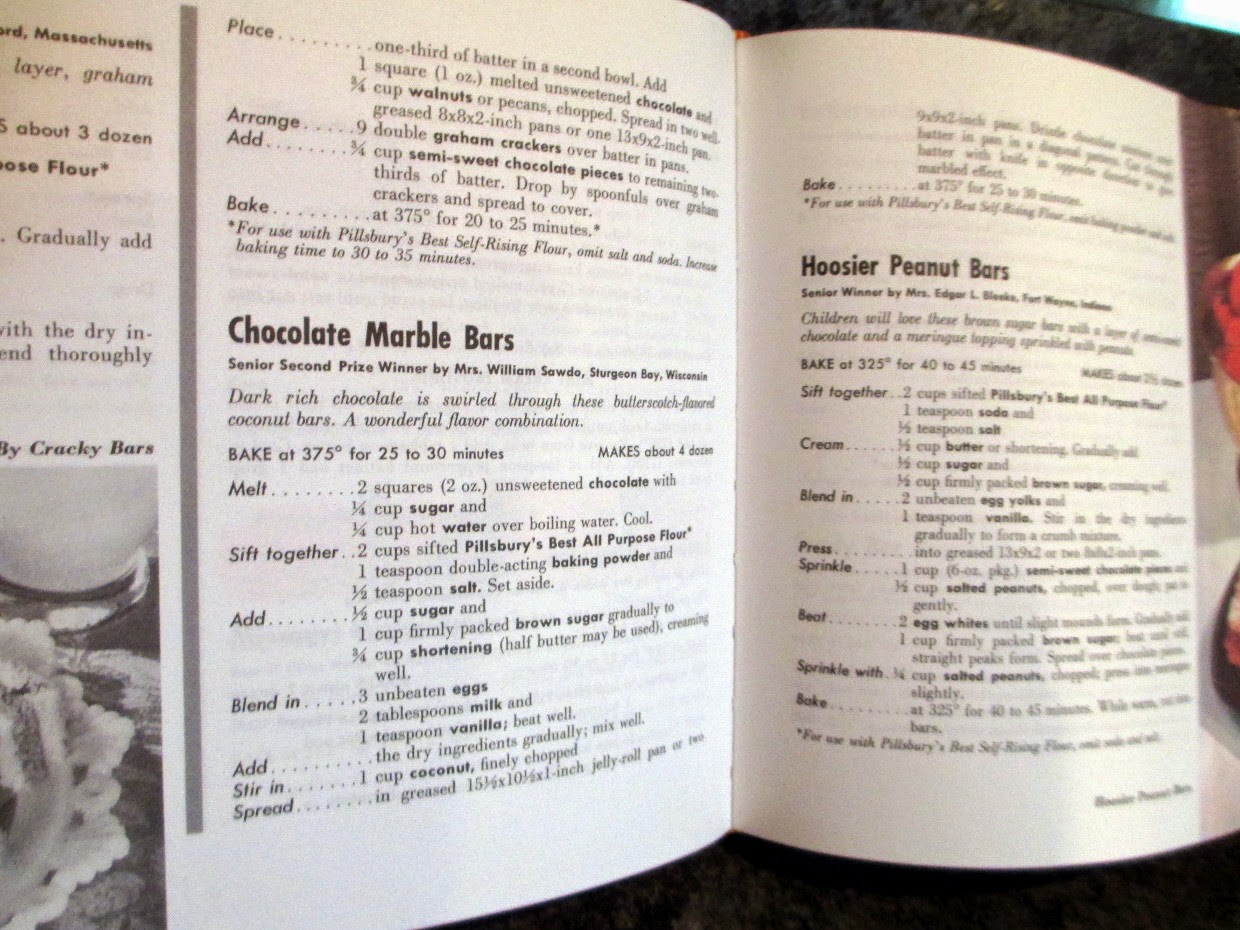 These came together fairly easily.  My first attempt at melting the chocolate resulted in an oily, chunky mess.  The second time around I used cream instead of water and got a more ganache-like mixture. 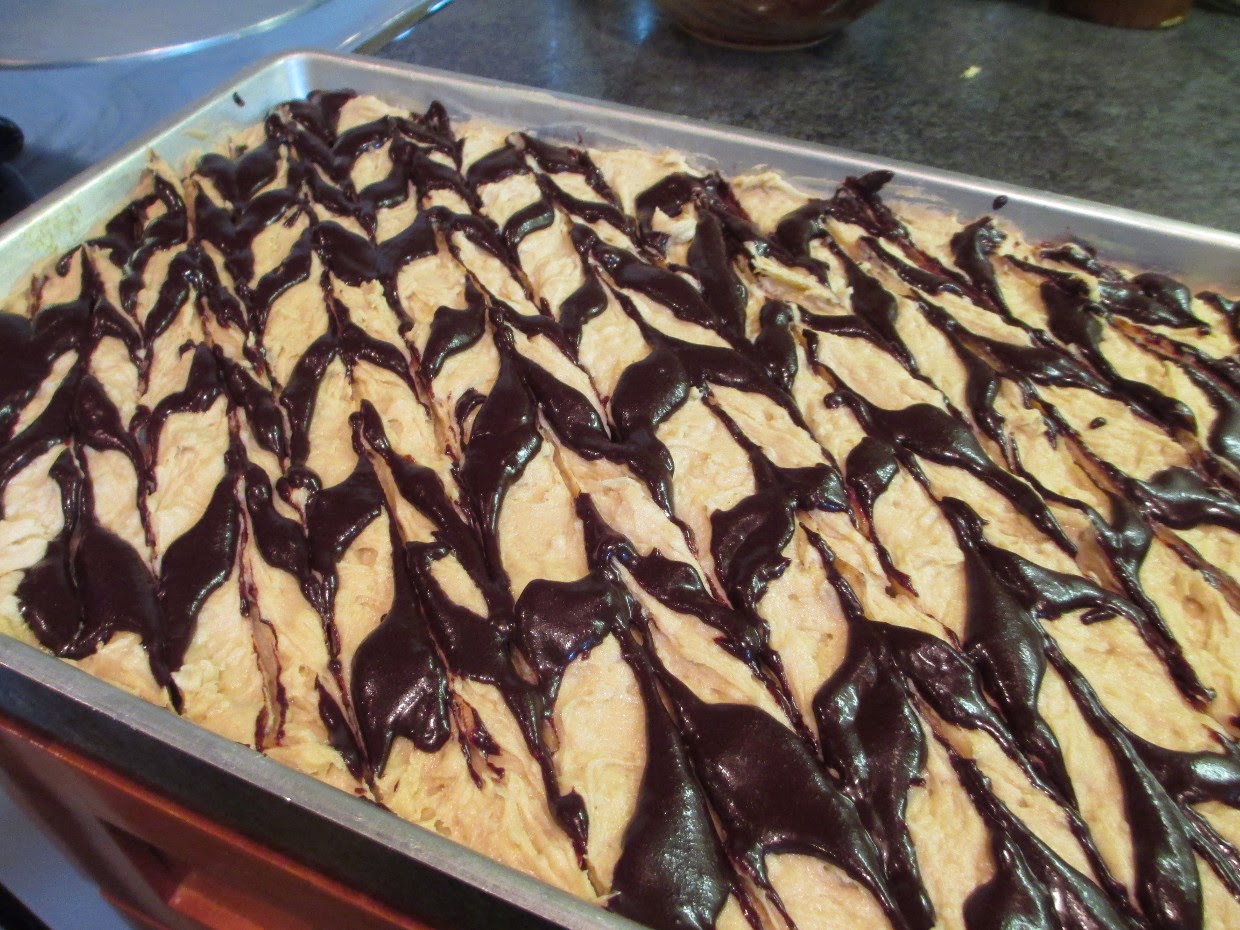 I don't think I've ever 'marbled' anything before - that was kind of fun! 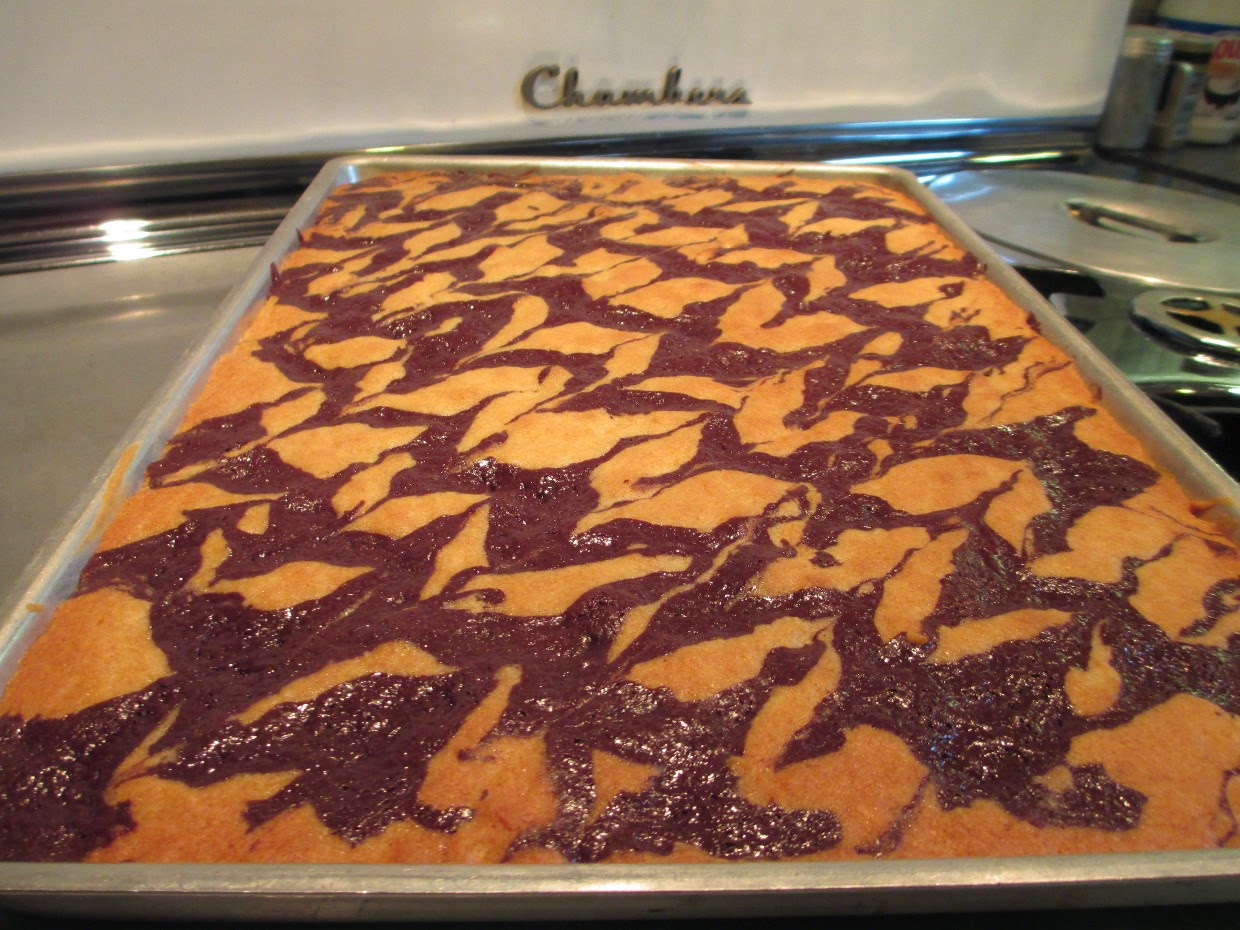 We initially tried these bars while they were still warm, but in my opinion they are much better when completely cooled.  The texture is that of a dense cake and the coconut flavor was more pronounced when cooled.  The chocolate is very "dark chocolate" tasting, which I like, but one of my tasters found it off-putting.  Semi-sweet or milk chocolate might have a wider appeal.

Melt the chocolate, 1/4 cup sugar and hot water or cream in a double boiler.   Cool.

Sift together the flour, baking powder and salt.  Set aside.

Cream together the butter, 1/2 cup sugar and brown sugar.  Add the eggs, milk and vanilla; beat well.  Gradually add the flour mixture and mix well.  Stir in the coconut.

Spread the batter in the prepared pan.  Drizzle chocolate mixture over the batter in a diagonal pattern.  Cut through batter with a knife in opposite direction to give a marbled effect.