I wanted to make something small  (translation: not many leftovers) for coffee at my mom's house this weekend.  After looking at what felt like every bar cookie recipe ever written, I decided on Walnut Squares, from the 1950 edition of Betty Crocker's Picture Cook Book.

While the description in the book caught my eye, "Almost candy...so rich and nutty,"  the fact that it called for an 8x8" pan was what sold me on it.  I don't mind making and sharing a huge batch of sweets, but I hate to have the leftovers sitting around the house, taunting me.  Desserts can be so cruel. 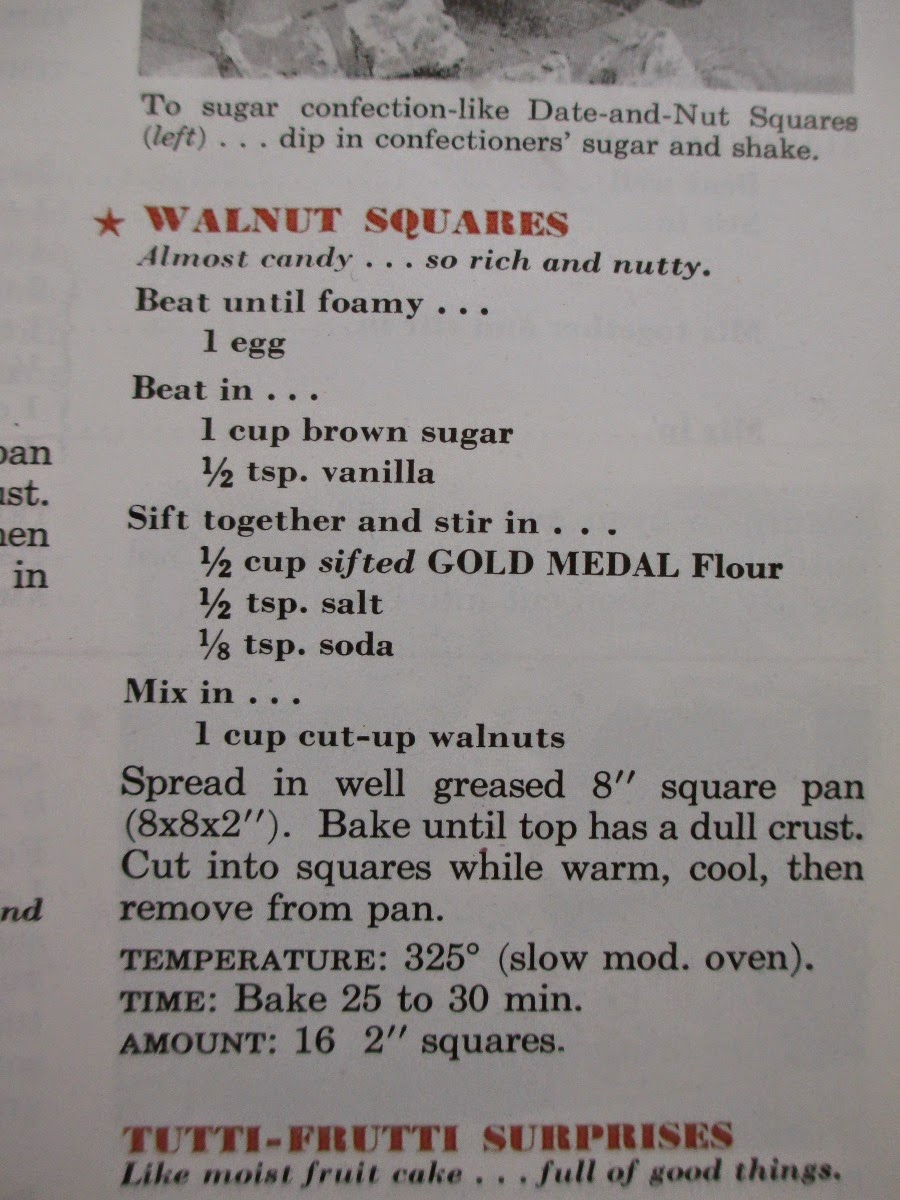 After I started mixing everything, I realized that this recipe uses absolutely no butter.  No butter!  The horror!  I briefly considered throwing it away and making something different, but  I decided I should at least give it a chance.  I'm glad I did, because these bars were delicious!  The dough was very sticky and just barely covered the bottom of the pan, but it puffed up while baking and resulted in a dry, crispy top and bottom crust with a sticky, candy-like interior.

Apparently I wasn't the only one who  liked them, because this was the only bar that came home with me.  Which is good, because I succumbed to the taunting only a few hours later.

Preheat oven to 325F.  Grease an 8" square pan (don't skimp on greasing - these bars are sticky!)

Beat the egg until foamy.  Beat in the brown sugar and vanilla.  Sift together the flour, salt and soda and stir into the egg mixture.  Mix in the walnuts.

Spread the dough in the prepared pan.  Bake until the top has a dull crust, 25 to 30 minutes.  Cut into squares while warm.  Cool, then remove from pan.

Posted by The Nostalgic Cook at 12:16 PM