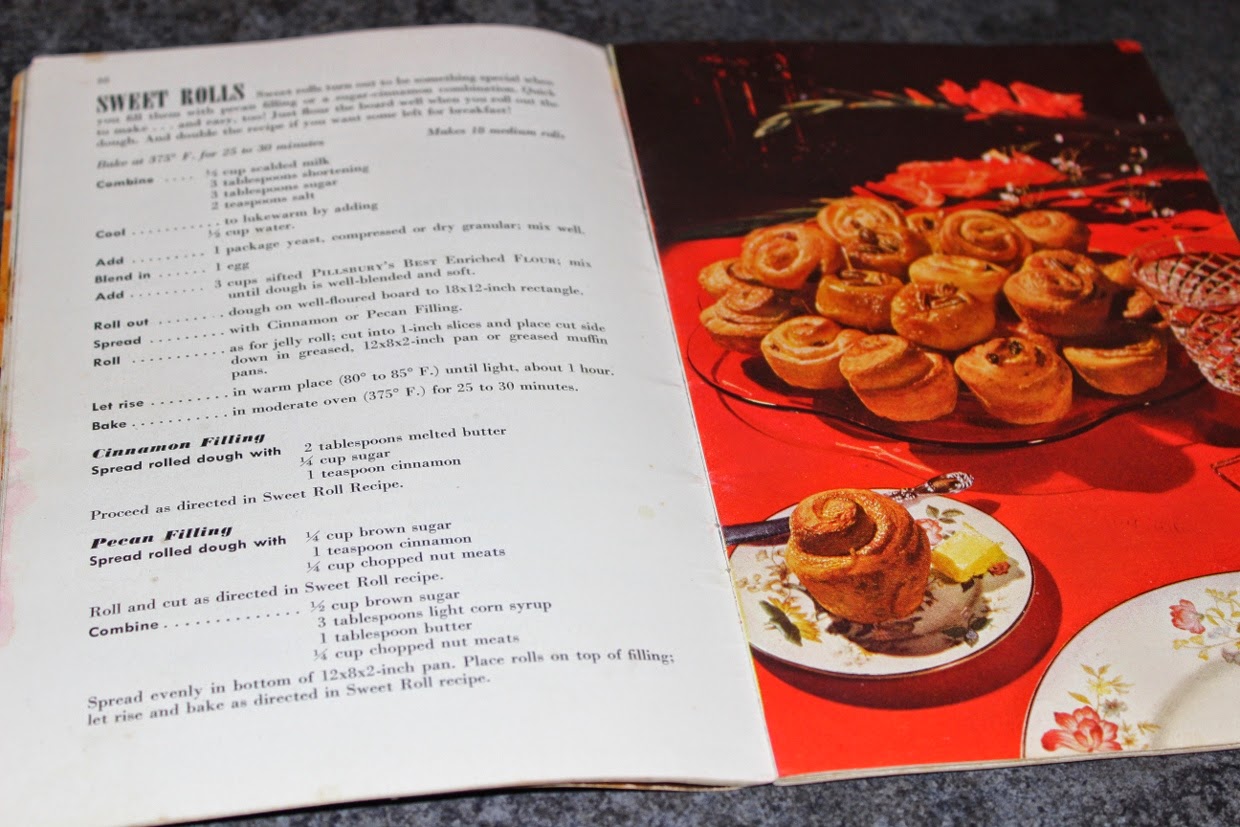 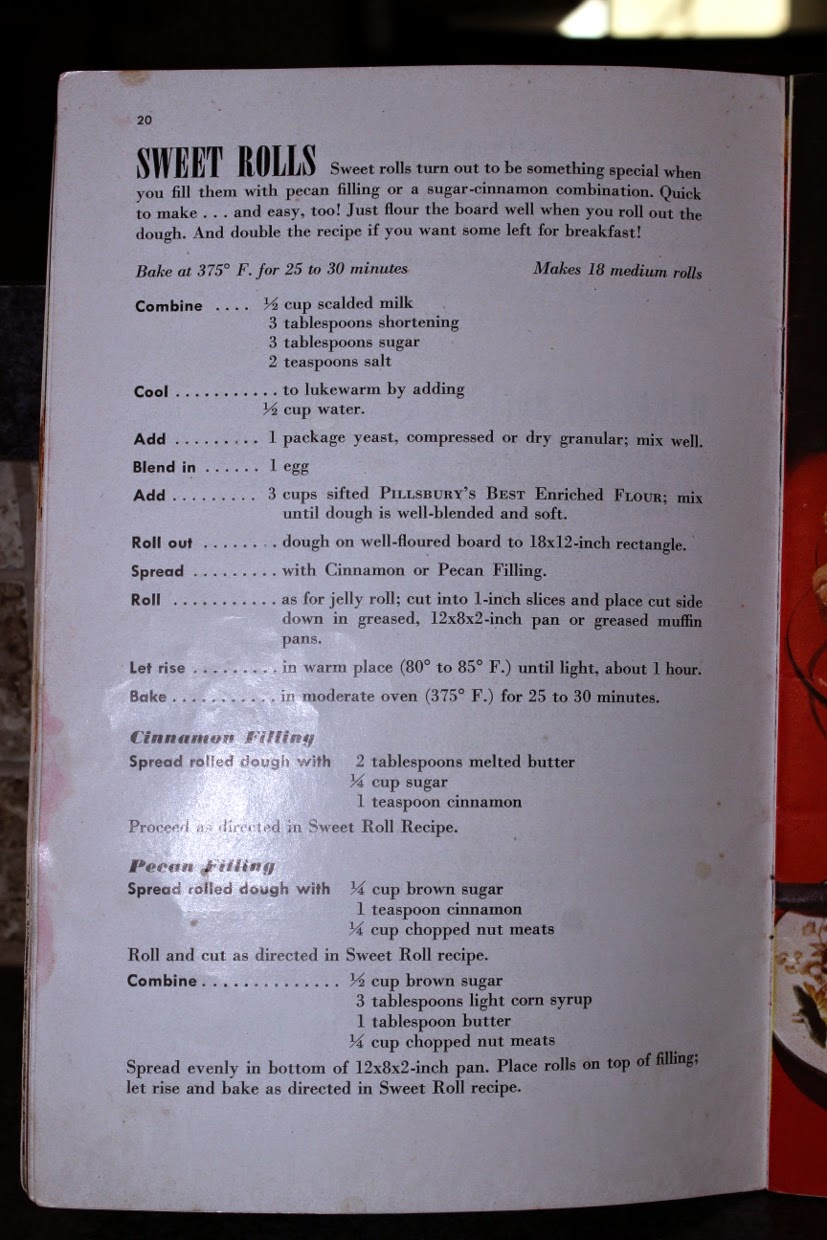 I let Farm Boy decide between the cinnamon or pecan roll option and he chose the pecan rolls.  Since the recipe was originally written in 1945, I decided to double the mixture that is spread on the bottom of the pan.  The sweet recipes during and just after World War II tend to be a bit on the austere side.  They are probably healthier, but that's not really what I was going for here.

This was probably the easiest yeast dough recipe I have ever made and I was impressed with the results.  I had my doubts when I mixed it all up and it was really wet and sticky, but after flouring the board and the top of the dough, it rolled out easy-peasy.  The finished rolls received rave reviews and between 5 people, we polished off 9 of them in one sitting.

Combine milk, butter, sugar and salt; stir until butter is melted and salt and sugar are dissolved.  Cool to lukewarm by adding the water.  Stir in the yeast.  Blend in the egg.  Add the flour and mix until dough is well-blended and soft.

Roll out on well-floured board into an 18x12" rectangle.  Spread with the filling:

Roll up jellyroll style and cut into 1" slices.

For the topping, combine:

Spread evenly on the bottom of a buttered 13x9x2" baking pan.  Place the pecan roll slices, cut side down, on top of the brown sugar mixture.  Let rise in a warm place (I put the lid on the pan to keep the tops from drying out) about 1 hour, or until light.

Bake at 375F for 25 to 30 minutes.  Cool for a minute or two, then invert carefully onto a serving platter.
Posted by The Nostalgic Cook at 2:45 PM