I started teaching myself to cook in junior high when I was home alone during the summers.  I began by baking cookies and baking is still what I love to do the most.  Alas, my jeans tell me that I'm only allowed to have limited quantities of these indulgences, so I usually only bake once a week.

This week I decided to try Dolly's Crisp Toffee Bars from Maida Heatter's Book of Great Chocolate Desserts (1980).  Normally I wouldn't consider a recipe from 1980 to be 'vintage', but it involves chocolate, so I'm good with it. 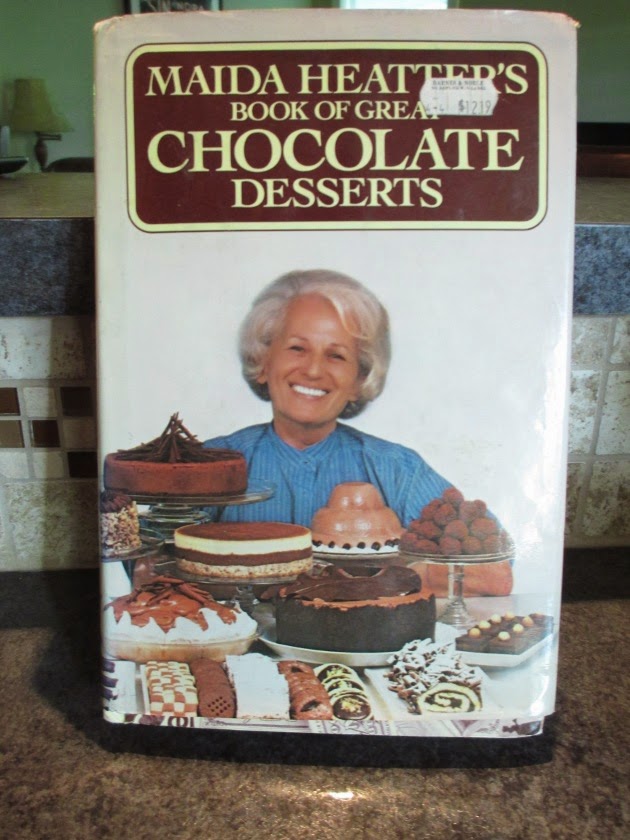 I was intrigued because the recipe calls for no leavening, eggs or milk, but otherwise was similar to a chocolate chip cookie recipe.

The bars were very easy to make and taste like really decadent chocolate chip cookies.  Mine are a little more 'hard' than 'crispy', but they do have a nice flavor and they seem to store well in the cookie jar.  I might even say that they taste better after aging for a couple days.  Sometimes that comes in handy.

If I make them again, I will chop the walnuts a little smaller.  I wasn't sure what medium-size meant, but I definitely over shot it (they are also a little on the sharp side - ouch!).  I would also cut the bars smaller, because they are very rich.   I think 2" long narrow strips would be about the right size. 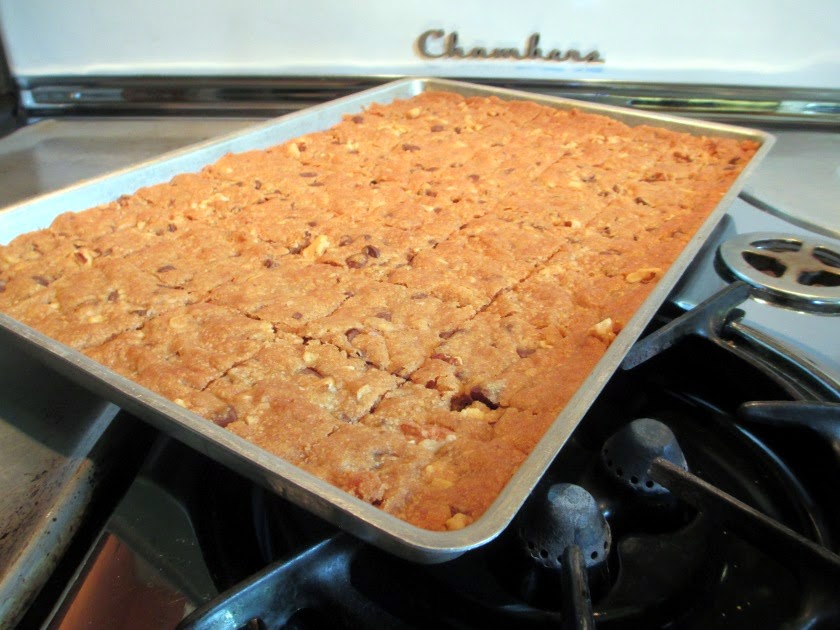 Adjust oven rack to the center of the oven and preheat oven to 350F.

In a large bowl, cream the butter with an electric mixer (I used a stand mixer).  Add the salt, vanilla and sugar and beat well.  On low speed, gradually add the flour, scraping the bowl with a rubber spatula and beating until the mixture holds together.

Add the nuts and chocolate morsels and stir until they are evenly distributed.

The dough will be stiff.  Drop small mounds of the dough in an unbuttered 10.5x15.5x1-inch jellyroll pan.  With floured fingertips, press the dough firmly to make and even layer.

Bake for 25 minutes, reversing the pan front to back halfway through.  The bars will be golden brown.

Let the bars stand for a minute, then cut into bars with a small, sharp knife.  Let them stand in the pan until cool.

Transfer the bars to paper towels to dry the bottoms.  Store in an airtight container.
Posted by The Nostalgic Cook at 4:17 PM